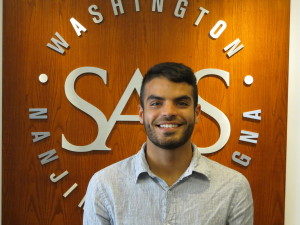 We began the day with Dr. Maciej Bartkowski who provided us with a thorough introduction to the origins and ideas that underlie the modern practice of civil resistance. The roots of which possibly date back to the 17th century and Hobbes’ work on the leviathan and social contract, whereby subjects had the right to rebel; that is, they collectively had the right to resist for their sovereignty.

Dr. Bartkowski then provided us with statistics that compared the success rates of movements that embraced nonviolent resistance with the success rates of violent insurgencies or revolts. To my surprise, civil
resistance strategies displayed almost double the success rates of their armed counterparts, highlighting Dr. Bartkowski’s reference to nonviolent action as a strategic choice rather than a moral one. Seeing the degree of success civil resistance has exhibited in propelling historic changes and lifting the veil of injustice and oppression from many societies has been remarkable – and suggests why political violence may substantially be reduced in the future.

Later we looked at the methods, tactics and strategies that have been applied historically as a means for 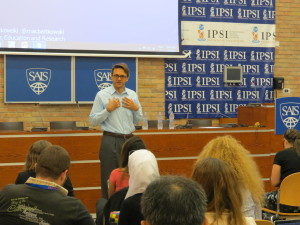 reaching political goals. If strategy is the overall intention to use mass demonstrations as a tool to force a violent regime to recognize human rights standards then tactical choices may be creative ones which are used to galvanise the best outcome, such as conducting mass demonstrations in a silent and dignified manner. It became apparent that civil resistance is a political contest that nonviolent resisters are engaged in with their opponents, and that the outcome of such contests are often determined by skilful use of various strategies and tactics.

Dr Mary King provided us with excellent examples. In Chile, during the rule of an extremely repressive regime, demonstrators made the tactical choice to protect their identity, they used pots and pans as a means of generating loud disruptive noise from the safety of their own homes. In other circumstances more confrontational tactics may be used like sit-ins and walk-outs. Humour can be used in certain circumstances to bring attention to the absurdity of some government policies. Whereas in other circumstances more emotionally coercive tactics need be used such as hunger strikes.

It seems that civil resistance is not as dignifying and empowering as may seem at first glance. During the fight to end segregation in America, young blacks engaging in civil resistance had to learn to be extremely self disciplined. To say that being non reactive in the face of racism, degradation and even physical brutality is no easy task is an understatement. Young people had to put their dignity on the line. In what turned out to be a very paradoxical and ironic sequence of events, the young boys and girls who were being spat on and racially tormented while sitting in racially segregated diners were actually only empowering themselves and strengthening their sense of self-pride and dignity by standing up for something that truly matters.