A Day with a UN Ambassador

As the first formal day of the symposium began our IPSI-Bologna cohort was anxiously awaiting the Symposium’s keynote speaker– Ambassador Jan Eliasson, the Deputy Secretary-General of the United Nations. Ambassador Eliasson has been involved in the peace negotiations of six different conflicts including Darfur, Somalia, and the Iran-Iraq war. For a group of self-proclaimed peace nerds an exciting occasion as this is the stuff of dreams.

Though I’ve read about his diplomatic life in a chapter from Peter Wallenstein’s The Go Between as a Masters candidate at Arcadia University in the United States of America, with a focus more on the importance of ‘the who’, ‘the how’, and ‘the when’, the Ambassador engaged the audience in an interactive discussion expanding on what is widely held as common knowledge on international mediation and negotiation.

In terms of ‘the who’, it is important to know beforehand who exactly should do the mediating. The type of person they are, their nationality, and what country they represent are all key factors that need to be viewed as important qualities of the mediator.  Gender equality is also important; women must be represented as much as men.

Regarding ‘the how’, there are two questions: do we need “muscle” such as a strong negotiator representative of a nation with enforcing power such as Henry Kissinger of the United States; or, do we need a person representing observable impartiality/neutrality (for example a member of the U.N.)? Assistance can be called up from scholars in the fields of peace studies or international relations, think tanks (as the Ambassador himself has called upon plenty of times), or those that have held high positions of diplomatic power such as Jimmy Carter.  He also talked about informal negotiation and Track II diplomacy as being the most successful types of mediation.

While it is easy to find “the what” of a conflict, “the how” is a much more important issue. The Ambassador referred to four important aspects of failure and success: use of language (words), timing, sense of culture and sensitivity, and the importance of personal relations.  As a perspective future international mediator and negotiator, I found these most helpful.

The greatest impression I have taken away from the Ambassador’s keynote is the example he used to personalize why he finds each of the four aspects so crucial. One example he gave was when his team changed the use of the word “cease-fire” to forming a “humanitarian corridor” in the context of the Sudanese conflict.  Changing the word “cease-fire” to a more palatable phrase like “humanitarian corridor” enabled the negotiation team to break the stalemate, save the face of the intractable parties, and prevent the otherwise mass loss of life. It was a great example of teamwork and sensitivity to the situation.

The Ambassador’s personality and style gave the audience the feeling of being conversed with rather than lectured to. Last but not least, Ambassador Eliasson’s message for all of us was to be a loyal team leader, respectful of every human’s values, and to do it from your heart. 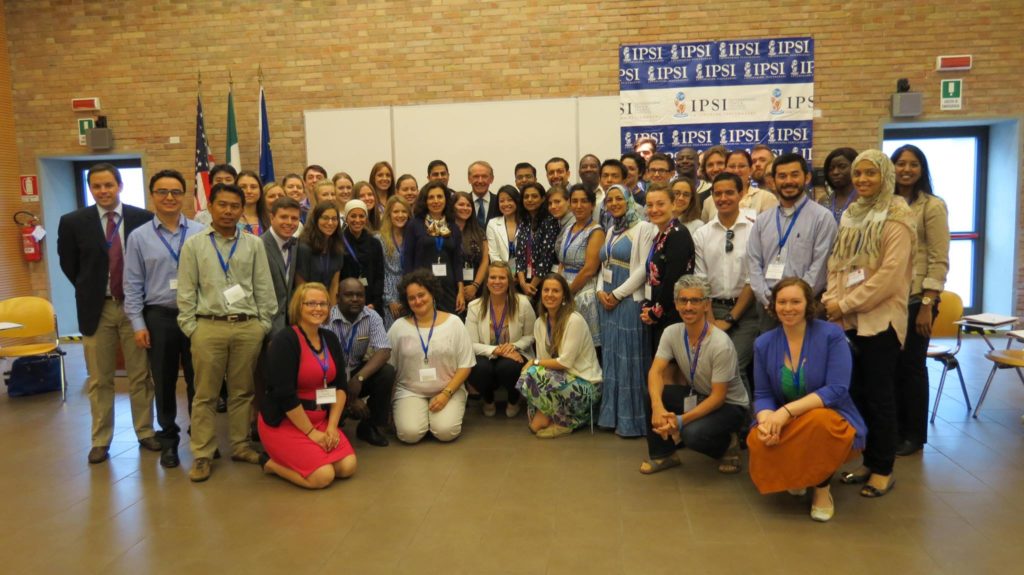