If Walls Could Talk

As I returned to my birthplace of Reggio Emilia, I found myself trying to soak up as much of the societal culture and history as possible. On our first day together as a group, we went on a walking tour of the centro between the two towers, the arches, the cathedrals, and the piazzas. I floated through the narratives in a state of bliss. At each place of interest, I stopped at the plaques posted and attempted to decipher the carved walls – trying to supplement some physical and visual record to the contextualizing history our guide was sharing with us. In stark contrast to the intentionally preserved historical culture, we saw another more recent recorded set of societal currents that also begged to be read: graffiti. 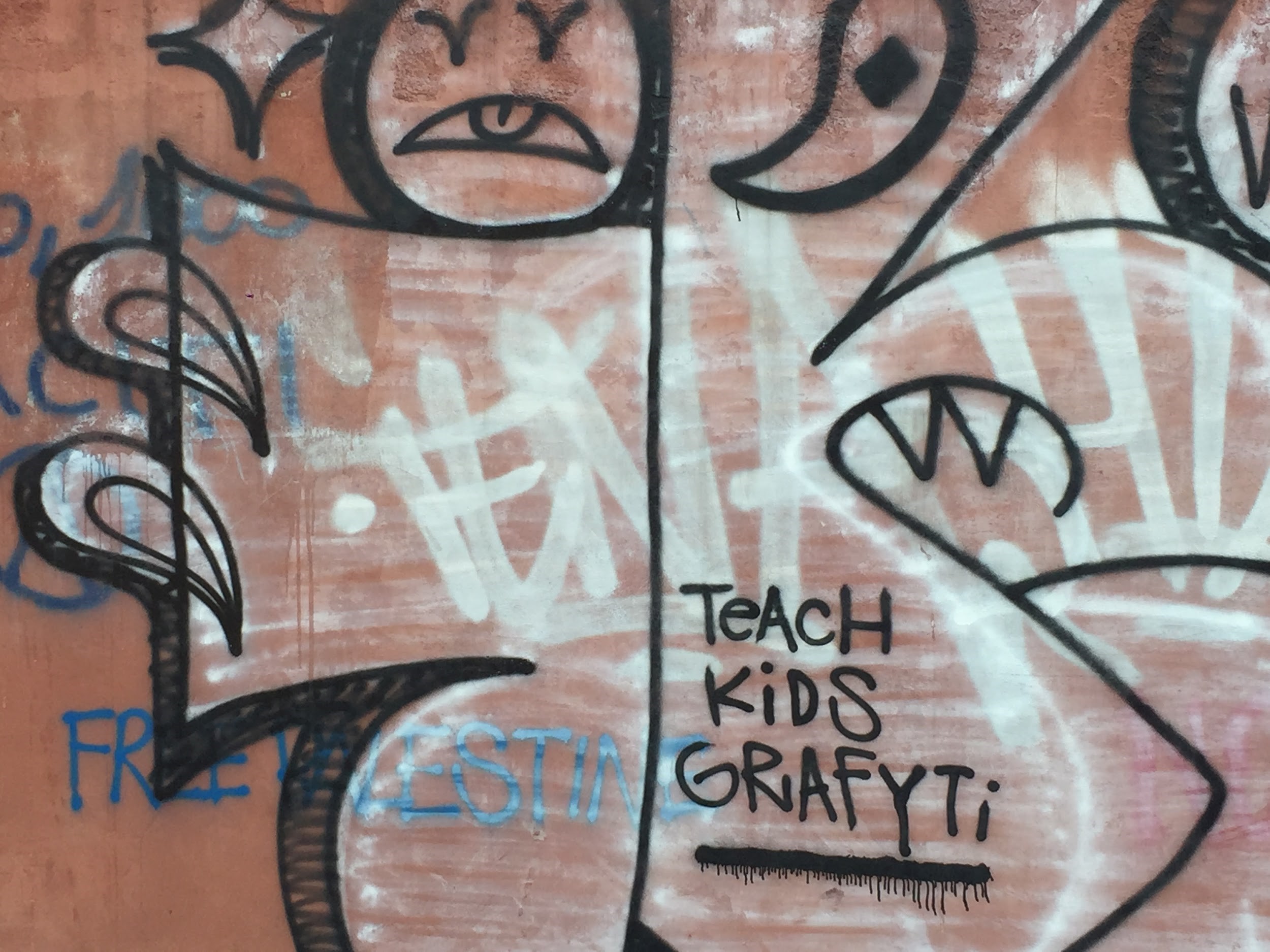 Just as Napoleon’s sister’s wealth sat etched in the extravagance of her chapel within Basilica of San Petronio, some graffiti is a statement of identity simply through its very existence.

The informational metal plates on the older stone inset to the façade served to inform. And its accompanying graffiti sought to announce the prominence of a certain zone. Particularly near our complex, SAIS, as well as the rest of the university and scholarly zone, many reminders remain present of the importance, the complexities, and the people’s purpose within the area. 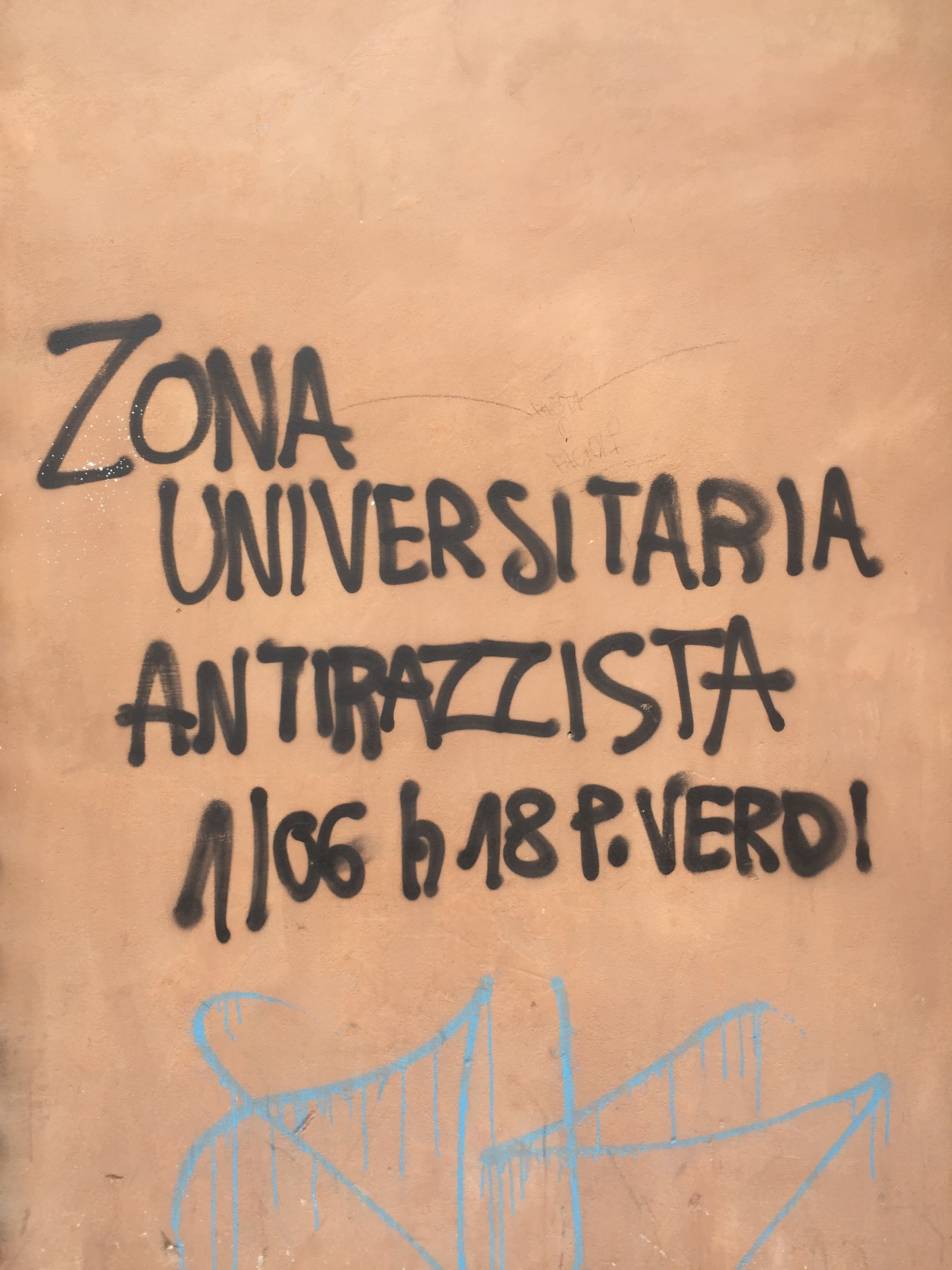 From the rooftops, statues of popes, saints, and figureheads stand – gazing over the area – to demonstrate their power to proliferate the values they support. Simultaneously, the graffiti speaks from distinct voices and groups – showing a clear hierarchy of power or defiant position of opposition.

Looking at the copy of the tomb of Christ (as in the Church of the Holy Sepulcher), we saw how the structures were imitated and repurposed. The characters and structures in the graffiti built on the strength or the satire of the message.

Through all of the styles and messages, I was struck by the common themes between graffiti and artistically recorded history: revering protector personalities, identifying and calling out an enemy, serving social interests, criticizing societal trends counter to tradition.

So much related back to the very issues and concepts we are studying with IPSI. I think the connection between our studies and our awareness of the issues in the city where we temporarily live is paramount. It builds our skills in perception, analysis, and awareness of our varied contexts in which we operate. I look forward to learning more about the history and current context surrounding me as we continue along the journey of the Bologna Symposium. 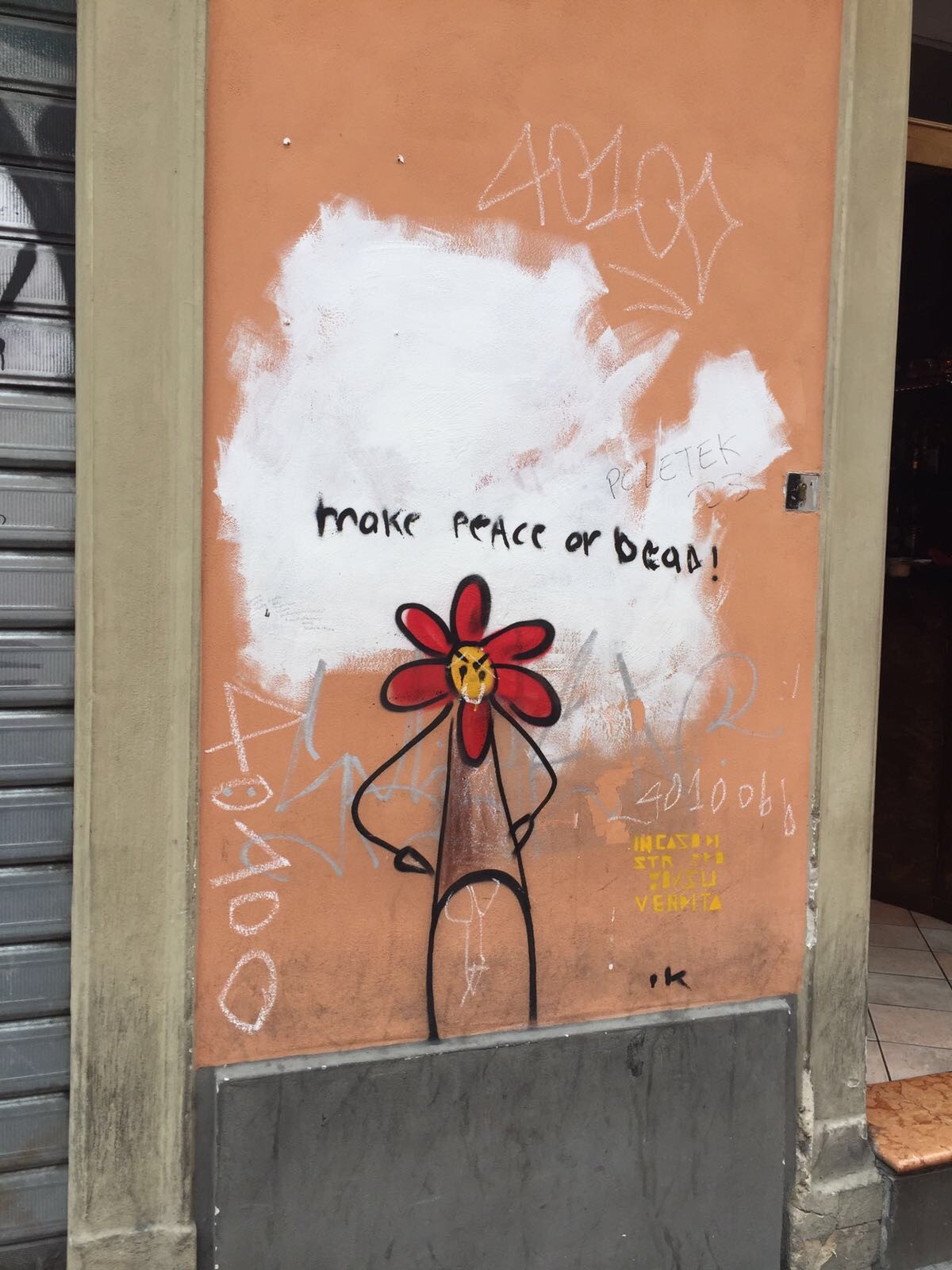