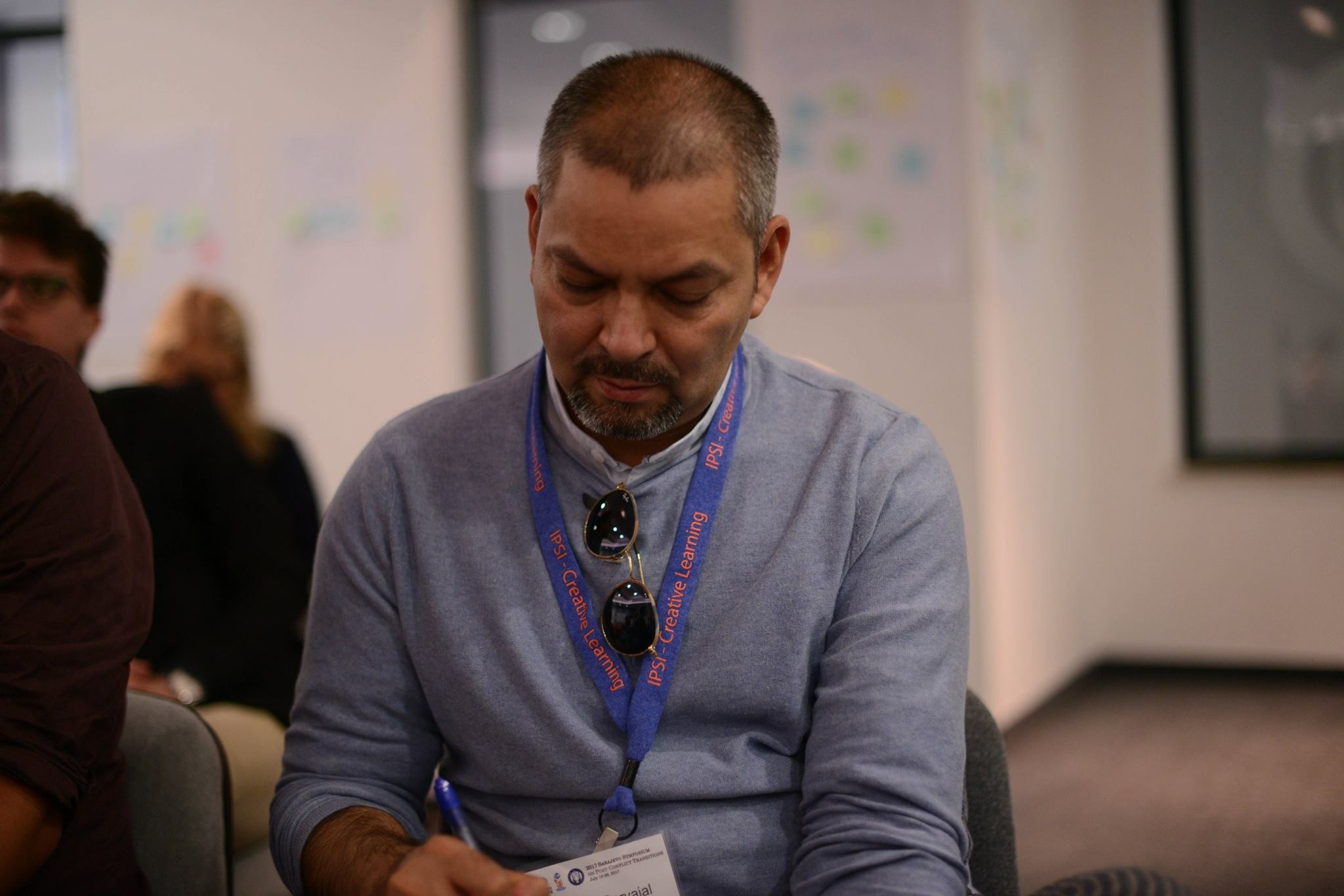 The experience of taking part in the inaugural Sarajevo Symposium on Post-Conflict Transitions has left me with numerous lessons. Firstly, receiving daily stories of the local people and other participants in this event has shown me that, despite ethnic and cultural differences, individuals are still committed towards creating peace. Participants have expressed this through good humor, their guises, their attentiveness and the smiles.

The didactic, professional commitment with peace by all of the participants and staff has been unparalleled.

The people of Sarajevo express their emotions in such a beautiful and genuine way despite their deep history, that primes you to reciprocate. Reflecting on my shopping trip to Markale’s market, where a cowardly and horrifying mass killing took place on February 5, 1994, I found locals smiling and chatting as they go about their daily businesses selling can fish, chicken, beef, avocados, cantaloupes, celery and green peepers. I was treated with tenderness by farmers, they let you smell the fresh roots of celery and mint and also sold me watermelons, limes, onions, basil, and dark red tomatoes. I experienced an environment of warmth, confidence and trust.  Amar sold me pears from another neighbor’s kiosk, who due to urgent family errands – was not able to come into work today.

With pictorial representations, colors, music and close ups, Kemal, a man with dazzling blue eyes, opened his heart to us through an impeccable documentary sharing a powerful story in which he had managed to survive the concentration camp during the war. The camp was dominated by well-armed Serbian army and was one of the places where thousands of Muslims perished in the middle of cruel inhuman conditions. Kemal openly answered questions about his process of building resilience through activism and commitment with Sarajevo’s community. Through art and producing movies that reveal the people’s memory – essential for transformation towards hope and positive future for Bosnia and Herzegovina – Kemal has been able to go across ethnic lines reaching all communities towards building trust.

I empathetically observed in Srebrenica, Benjamin’s eyes flooding with tears and his throat exposed a downwards bulky knot of pain, while he described how he survived but lost his father and older brother during the execution of Bosnian Muslims. He pointed with his hand towards the green mountains that shelter thousands of white and green tombs aligned in commemoration of children, men, and women who were under siege, subjected to confinement, tortured, bodies dragged and spread in a monstrous and merciless death culminating into a massacre in the summer of 1995.

Sharing the past, for Benjamin, means to honor his father, brother, and the life of all those who died and disappeared during the 1992-1995 war. Today he works to maintain the true memory of what happened since it should be known by the people as a cruel example of something that all humanity must never allow. As I stepped out of the tour facility of Srebrenica’s museum and shook Benjamin’s right hand thanking him for his courage, I felt a rigid, painful, and insipid knot pressing my throat.  Without saying any other word, I left feeling solidarity for his significant cause and commitment to peace building.

Note: Some names were changed in order to maintain the confidentiality of my conversations with them.