The injustice of justice 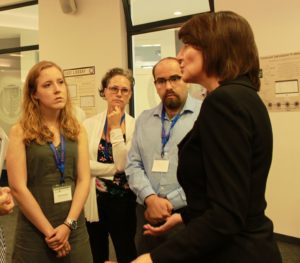 The widely promoted approach to governance in post-conflict transitions is to build capacity from the bottom up. Distribution of aid, the rebuilding of infrastructure, and economic revitalization programs should all be conducted via local and national governance systems to build their capacity to provide public services long-term.

The greatest shortcoming in traditional judicial systems is the proven inefficacy of its punitive measures. Significant research has demonstrated that serving prison sentences does little to mitigate recidivism. In many cases it encourages it. The incorporation of a holistic punitive and reintegration approach modeled after transitional justice could provide an opportunity to establish a progressive judicial system in place of methods proven to be ineffective. IPSI and our symposium instructors encourage us to push the boundaries of the “best” approaches to post-conflict transition. Why not use transitional justice to both address victims’ needs and correct the wrongs institutionalized in traditional approaches to justice?