The Power of Stories: a Visit to the ICTY and an Exploration of Journalism 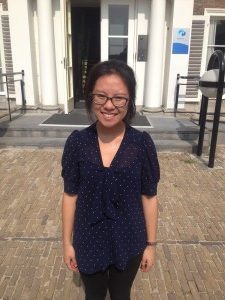 There are two sides to every story.

At the International Criminal Tribunal for the former Yugoslavia, these two sides are marked by the courtroom. There’s nothing like a visit to the ICTY to remind us of what international justice looks like, and the reasons why it exists. Our visit to the ICTY began with a tour to the courtroom, and a description of its establishment and structure. Our tour was accompanied by a screening of the documentary, Crimes before the ICTY: Prijedor , detailing the atrocities of the Bosnian War that the ICTY has dealt with in the past eleven years, and continues to deal with.

It was very symbolic to visit the ICTY. We also had the privilege of having Alan Tieger, senior trial attorney at the Office of the Prosecutor, as a speaker. IPSI’s the 2014 The Hague Symposium 2014 participants had the opportunity earlier in the week to think about questions to ask Tieger so that he could frame his talk around our interests. It was interesting to gain an insight into his perspective as one of the prosecutors for the ICTY and to gain a better understanding of the court proceedings.

Thomas Verfuss spoke on the role of journalism in the ICC and other international criminal tribunals for the remainder of the day. His talk inspired me to think more about the role of media and journalism, not merely on the tribunals, but how the role of media impacts conflict situations. The importance of media lies in its transparency to keep accountability for international criminal justice. It also serves to provide a historical record, to deter (in the case of tribunals for retributive justice) and to create a greater awareness of atrocities that are happening in both the national and international community. To me, the most important impact of media is its ability to re-humanize conflicts, and to serve as a reminder for international justice in the face of conflict situations.

In the past three weeks, after each visit to an international criminal tribunal, I have been left wondering 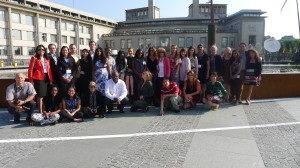 about the idea of reconciliation and justice, in both a retributive and restorative sense. I have always believed in the power of stories, and the documentary we viewed at the ICTY reminded me of one of the reasons why. The individual stories that were played out were incredibly powerful and confronting. They were important to me because they allowed me to learn and to understand. However, where do these stories leave the victims? Is testifying, or reliving traumatic memories, an act that allows for closure and the healing process to start? Or is it, in fact, something that delays that process from happening, and makes it harder?

I know there have been psychological studies exploring this concept specifically, but I don’t know if there is a textbook answer to that question. However, I found that I developed a deeper understanding of the sheer complexity of reconciliation and memorialization in Dr Valerie Rosoux’s session earlier in the Symposium. As an aspiring short story writer, I understand the significance of individual memory and subjectivity, and I believe the answer lies in that – it depends on the individual circumstances, and how the individual chooses to recover, when they should choose to do so.

As week three of the Symposium draws to a close, I’ve been reflecting on how much I’ve learnt, and how lucky I am to be able to build upon my knowledge with every day that I spend here. While studying international peace and justice, and the conflicts that threaten their existence, I know that we can often believe in the negative and detrimental power of humanity. But it is always these individual stories within these conflicts that remind me of what is means to be human, and our capacity for good. And despite it all, I don’t think that is a naïve thought at all.