A Revised Agenda for Peace

The year was 1992. Senior Political Advisor, Álvaro de Soto was accompanying recently-appointed United Nations (UN) Secretary-General Boutros Boutros-Ghali on a long-haul flight. With the recently achieved El Salvadorean Chapultepec Peace Accords in his mind, Boutros-Ghali talked to de Soto about his conceptualization of a new range of activities that would heavily shape the future of the UN: ‘post-conflict peacebuilding’. 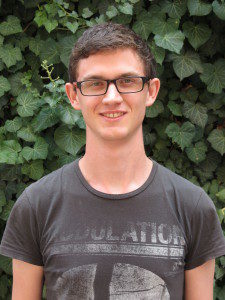 While seemingly innocuous at the time, Boutros-Ghali’s conceptualization of ‘post-conflict peacebuilding’ is arguably a significant turning point for peace and conflict studies. De Soto credits Boutros-Ghali with the foresight to recognize the change needed for the international community to relate to conflict in the post-Cold War environment. Specifically, Boutros-Ghali realized that the main agenda of the UN in the future would concern internal conflict, and require a different approach, with new mechanisms for resolving conflict and building sustainable peace that grapple with the root causes of conflict.

In this way, the end of the Cold War (according to de Soto) was not a return to normality, but, a transformation demanding institutional change. This mirrors the adaptations at both the end of the Napoleonic Wars (creation of the Congress of Vienna) and the conclusion of World War II (the formation of the UN). Despite Boutros-Ghali’s conceptualization of post-conflict peacebuilding and the diffusion of ‘peacebuilding’ throughout the international community’s vernacular, de Soto fears that the international community has not adapted to the new context. Instead, the plethora of international actors mainly rebranded existing activities as ‘peacebuilding’ while avoiding a substantive engagement with the emerging challenges.

What does this mean for us, the peacebuilders of tomorrow? To answer this question, we need to deconstruct both the continuing and emerging obstacles in the peacebuilding field. De Soto highlights key issues complicating the building of sustainable peace in the post-conflict arena. They are: 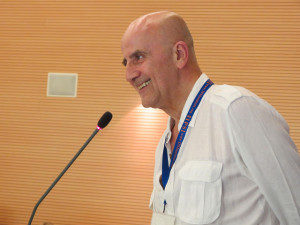 Àlvaro de Soto grins at students during his lecture at the 2014 IPSI Bologna Sympoisum.

Employing such an analysis as a point of departure enables substantive engagement with the panoply of issues identified by de Soto, as well as a range of other complexities such as the matter of local-international hybridity.

Adapting to a new context demands such engagement, coupled with an audaciousness and ingenuity to imagine new practices and techniques that build sustainable peace. While this mandate is no small endeavour, developing and delivering effective initiatives that realise the objectives of Boutros-Ghali’s Agenda for Peace is a challenge that myself and fellow peacebuilders need to start contending with today.