Fulfillment in a Career as a Peacebuilder

When I started graduate school nearly a year ago, I was positive that I wanted to get involved in international relations and diplomacy. My end goal was to work for the United Nations one day. I wanted to be an ambassador. However, once I began taking classes, I came to the realization that I wanted nothing to do with politics or international law. Working at the grassroots level was not only where I wanted to be– it was where I was supposed to be. From there, I decided to focus on trauma healing and community reconciliation. So, when I found out that Valerie Rosoux would be speaking with us about reconciliation, my inner ‘peace nerd’ came out. 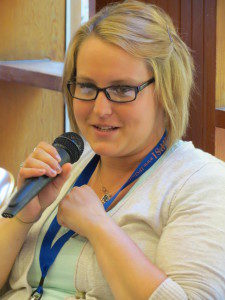 Valerie discussed many different things throughout the day, but one area resonated with me a lot. She said there are currently three different approaches to reconciliation: structural, psychosocial, and spiritual. The structural approach to reconciliation addresses security as a priority. This approach deals with the interests and issues of the parties. It includes negotiations, joint institutions, and learning to work and talk together. It is a form of institutional reform.

Psychosocial approaches to reconciliation underline the cognitive and emotional aspects. It is about relationships and the creation of new relationships. Establishing a basic level of trust is essential. The psychosocial approach favors a process of adjustments of beliefs, attitudes, and emotions shared by the majority of the members of a society.

Going a little deeper is the spiritual approach. This highlights collective healing based on the rehabilitation of both victims and former combatants. It is the restoration of previously harmonious relationships. 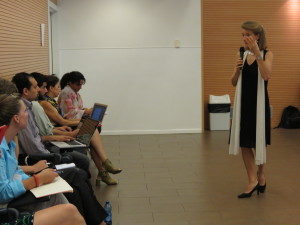 I would one day like to get involved with an organization which focuses on trauma healing and community reconciliation. After learning about these three approaches, I realized that each is important on different levels and could potentially be used either simultaneously or consecutively, but each one is important in any reconciliation process. Relationships and the sustainability of these relationships are key for survival. I can only hope to one day be a part of a reconciliation process of a community after experiencing a conflict. It is the one thing which would make me feel the most fulfilled in this life.