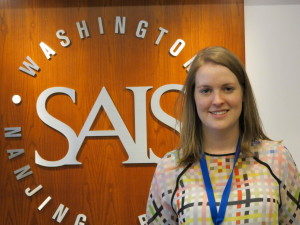 On Thursday, as our third week at the Bologna Symposium neared its end, we began the first of two days of presentations by Jack Duvall, Dr. Maciej Bartkowski and Dr. Mary King from the International Centre for Nonviolent Conflict (ICNC).

Both Jack and Mary began their presentations with an assessment of the use of language around nonviolence (a term which was coined by Mahatma Gandhi). Jack showed us how the mainstream media uses negative terminology when describing acts of civil resistance (such as the word ‘unrest’ or ‘instability’) is deliberately used to discredit the movement. Furthermore, Mary noted that the term ‘nonviolence’ is itself inadequate; it describes what the movement is not, rather than what it is. Throughout this symposium many speakers, from Ambassador Jan Eliasson to Dr. Joyce Neu, have discussed the importance of language and terminology in the field of conflict resolution. Effective communication is key in this field, and a single word can decide the outcome of an entire negotiation. The language around nonviolence and civil resistance is also pivotal to its success.

Mary used Socrates as an example of how civil disobedience is not a new phenomenon. Socrates exhibited civil disobedience in his pursuit of the truth and was sentenced to death for his refusal to remain silent. In hearing this reference, I was reminded of a few words I had seen carved in a doorway during my wanderings through the porticos of Bologna. The carving reads “La verità, niente di più sovversivo.” Translated it means ‘nothing is more subversive than the truth’. Some brief research revealed that this phrase has been popular amongst students, politicians, and architects alike in Bologna– a city known for its left-leaning politics. Graffiti and flyers pepper the streets of Bologna with slogans such as “We are the 99%” or “Stay on the Barricades for Better Education”. Locals take to the soapbox to discuss social and political issues in Piazza Maggiore. All are evidence of a strong culture of civil resistance and nonviolent action in the town.

In oppressive and censored regimes, truth can be promoted through nonviolent actions such as protest, underground publications, and the implementation of alternative institutions. One example of the use of such alternative institutions is the Freedom Schools in Mississippi, which Mary was directly involved in through the Student Nonviolent Coordinating Committee (SNCC) during the American Civil Rights Movement of the 1960s. These forms of nonviolent action assist in achieving the ‘ripeness’ necessary for conflict resolution.  They educate the public and also motivate them to join the movement for change. The change in public opinion then puts pressure on the government to 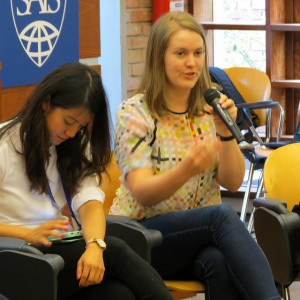 Maciej presented many different examples of civil resistance movements throughout the world, many of these movements aimed to expose the truth. The Mothers of the Plaza de Mayo in Argentina, who demand to know the whereabouts of their ‘disappeared’ sons during state terrorism, students in Belarus whose creative methods of civil resistance led to a law which effectively banned doing nothing, and toys demanding freedom of speech and an end to corruption (a personal favorite). In his presentation, Jack quoted Hannah Arendt, who saw civil society as “a kind of theater where freedom could appear”. Nonviolent action is a performance in the theatre of civil society promoting the truth and creating freedom. Only by first exposing the truth through nonviolent resistance can people begin to change the status quo. Be it segregation, corruption, violence, or unfree regimes, nothing is more subversive than the truth.