Self-Assessment: Being the Change you Hope to See

This week at the 2014 IPSI Bologna Symposium we were so fortunate to have the opportunity to hear from an incredible mediator and peace builder with over twenty years’ experience, Joyce Neu. Joyce has spent her life working on conflict assessment, mediation, facilitation, and evaluation in addressing conflicts across the world and bringing a unique level-headed approach to conflict. We were incredibly lucky to have Joyce for not only one, but two full days. We covered both theoretical and practical information.

As we dug into some of the nitty-gritty elements of mediation and diplomacy, we had a thorough discussion 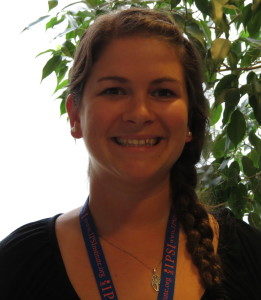 of the nine tracks of diplomacy. This turned into an interesting conversation about gender in high-level mediation. While Joyce has worked with women in conflict for many years and has extensive experience on gender issues, this element of her career developed naturally and much of her knowledge comes from her personal experiences in the field.

We discussed UN Resolution 1325 which guarantees increased representation of women during all phases of conflict and inclusion at all levels of the peace process. However, although this resolution was a huge accomplishment, there is still a lot of work to do. High-level mediation and negotiation positions are still primarily held by men, often former ministers or deputies who, interestingly, rarely have actual mediation skills. I found this surprising, yet it actually makes perfect sense; the career paths that often provide the ‘clout’ to rise in the ranks are not in peacebuilding or conflict resolution. I wonder if this structural rigidness in the international system has the ability to change. If so, and if more value was given to the skills that comprise this type of work, would international missions and mediation be more successful?

After Joyce laid the groundwork about what mediation entails, how to prepare for it, and the characteristics that make a good mediator, we were tasked with a simulation she created, called the Case of Gloccamora. The simulation gave us the opportunity for constructive group work, brainstorming, and implementation of the skills and qualities we had been practicing that are necessary for success. It was as much a personal exercise as a group one. The afternoon was spent responding to mandates given to each group based on their role as the UN, NGOs, the regional organization, the government of a neighboring state, and the government of Britain. Our goal was to present recommendations for action that should be taken concerning the conflict in Gloccamora, and to assess the situation as if it were occurring today. Though the case came out of Joyce’s creative imagination, it was informed by many different conflicts around the world including the Central African Republic, the Great Lakes region of Africa, Mali, Niger, Sri Lanka, Sudan, Uganda, Yugoslavia, and Zimbabwe. I enjoyed the exercise and found that the skills and elements of facilitation and negotiation, which were taught earlier in the symposium, became very relevant and useful. 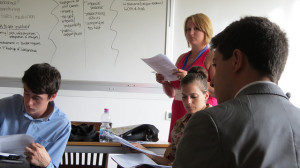 As a final thought, the last task we were given was probably the most important without many people realizing it.We were asked to fill out a reflection form. This was not a typical reflection in the sense that we were judging first our own behavior in the simulation and then our other group members. Constructive input was important on one side of the matrix, and respectful listening and encouraging participation on the other. We were then instructed to talk about our scoring and see if there was a mismatch in how you saw yourself and how others saw you. I thought this was brilliant and challenging. It was the first time we were forced to really reflect on how the group had worked, or not, and to recognize that while we list all of these great personal qualities on a white board, they are much harder to enact and recognize within yourself. It takes a conscious effort to be aware of your behavior, your language, the level of your voice, whether you’re talking over someone or realizing someone is not participating. So much is happening in any mediation or negotiation that this final task was a fantastic way to end an insightful two days. As we move forward with the symposium, but more importantly out into the world, the crucial element of being self-aware has the ability to help you be the change you hope to see in this world.