Without Justice There Is No Peace

As we have seen from the 2014 IPSI Bologna Symposium speakers who have presented their work in the last few weeks, there exists a proliferation of NGOs and private entities involved in the conflict and peace business. As presented during their training, Search for Common Ground (SFCG) is interested in transforming conflict. For instance their mission “is to transform the way the world deals with conflict, away from adversarial approaches, toward cooperative solutions.” 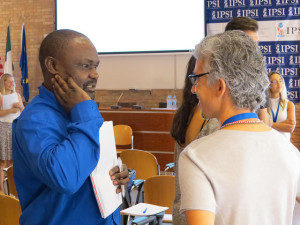 Conflict transformation is a praiseworthy activity. However, sometimes it does not always bring immediate hope to the victims of conflict who seek to heal their wounds. During the SFCG presentation, we were introduced to the “Lenses for Analysis” approach they use in their interventions. These lenses include, gender, generational, conflict senstitivity/Do No Harm, and the Common Ground Approach.

These lenses are all important when intervening in a conflict, but there is at least one missing lens. Contrary to the standard principles and the transformative agenda set by the UN in 1997, what must also be considered in every post-conflict context is the Human Rights Based Approach.

The risk of impunity after violence is quite high in general and such impunity may be further legitimised through the work of non-state organizations and entities that may, at times, be a part of the conflict in the first place. With a vested interest in ending the tension without concern to resolving the root causes, the sustainability of long-term peaceful solutions coming out of any conflict can prove dangerous.

In the book A Bed for the Night by David Rieff, the limitations and misperceptions of international NGOs are outlined. Recounting many modern conflicts (Bosnia, Rwanda, Kosovo and Afghanistan), Rieff notes the lack of capacity and will on the part of the international community to find durable solutions to conflict. Considering the historical outcomes of ethnic cleansing and genocide, we can see that the work of NGOs are not always capable, on their own, of stopping wars or bringing social justice.

It is of the upmost importance that we continue to foment the discussion regarding this false dichotomy so as to really build a constructive debate regarding the issues at hand. As the United Nations Deputy Secretary General, Ambassador Jan Eliasson, said during his keynote speech “the answer is easy; rights, poverty, equality. But the how is the difficult part.” Alvaro de Soto mentioned too that, “there needs to be unity and integrity in mediation.” In this regard, the international human rights framework should guide the path to all private endeavours in the peace field.

In my opinion, NGOs need to engage with Human Rights institutions so as not to fall into the trap that 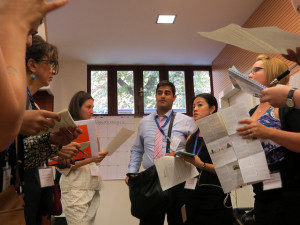 believes peace is achievable without justice. These NGOs need to be part of the discussion of how to bring about durable peace in a scenario where war crimes are punished and victims find justice. Peace and justice are not antagonistic concepts, rather, they should be perceived as mutually reinforcing; long-term peace can only be achieved by removing the root causes of conflict.