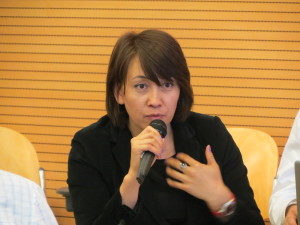 causes of conflict presented by P. Terrence Hopmann as part of the lecture on “Primary drivers, Diagnosing Conflict and Conflict prevention”.  We learned the emergence of conflicts largely depends on the following factors: inter-state versus intra-state (multidimensional aspect of conflict); object of dispute (divisible versus absolute (indivisible), material versus ideational), level of analysis (level at which the conflict is primarily lodged (international system, state, society, individual); asymmetry versus symmetry of power and resources available to parties (power relationships); status quo versus revisionist goals of parties; perceived presence or absence of alternative to violence for resolution (a. options available for policymakers to realize their goals; b. institutional alternatives for managing the conflict).

Another model has built around CGN classification where C means Creed (mainly built around soft aspects like ideology and beliefs, historical memory, identity); G stands for Greed (many, but not all conflicts produce benefits for individuals, serving their greed, especially by opening up opportunities for them to exploit conflict, chaos and violence); and finally N meaning Needs (relative deprivation of basic human needs: security, food, shelter, sense of belonging (sense of purpose and identity).

An interesting suggestion was made by one of the participants to add democracy as another cause of conflict.

Furthermore discussions have been around identity issues, which are largely subjective and constructed through socialization and aculturalization. More specifically the identity concept is underpinned by the following three dimensions: (a) it is based on a perceived history as a people; (b) it is largely formed in opposition to a perceived other and (c) conflicts over identity become existential i.e. conflicts in which parties perceive their identity to be at risk.

Professor Hopmann, also stressed that neither identity nor religion per se are causes of conflict but perceptions of some people who see themselves deprived of something as compared to others.

Summarizing the above discussions we then preceded to a fundamental question: how can opportunities, organizations and frames be influenced by internal and external parties to engage in a process of conflict prevention, management or resolution?

The first proposed model was to create a conflict resolving formula, not as ‘clear cut’ rules but built on principles, which reflect common interests and motivations (otherwise it will simply fail) and constructive criticisms of both sides. If details don’t work one should go back and reconsider the formula. Another key element is to consider tradeoffs rather than 50-50 deals. Further, one must assure complete implementation of agreed resolution by constant monitoring and creating the process for enforcement if parties are recalcitrant.

Secondly one may engage in preventive diplomacy, which according to Boutros Boutros-Ghali is defined, as an action to prevent disputes from arising between parties to prevent existing conflicts from escalating into violent conflict and limit the spread of the latter when they occur.

The above model has time limitations of before violence or soon after to prevent escalation but not to reinforce it. Early warning exercises are very important to get timely signals or indicators. But what is more important is to avoid ‘crying wolf syndrome’. Early intervention largely depends on political will, intervention strategy and linking actors – creating coalitions.

Despite comparative advantages of above models the following challenges still remain to be resolved:

Our further discovery journey uncovered some peculiarities of other models like arbitration, negotiation and mediation. We discussed in much detail the last model –mediation that can be both active (assisting to come to desired result) with and passive (facilitating the process). In both cases of the later intervention party’s perception of ownership of outcomes is essential. Moreover it is absolutely crucial to ensure that mediators remain impartial and fair (protecting fundamental interests of both parties).  It was Interesting to explore third party functions as process facilitators, as facilitator of communications, compromise and convergence, as facilitator of cognitive change, as formulator and manipulator.

And finally the last destination of our journey was a discussion about the role of international multilateral organizations both on a global and regional level like the UN or OSCE in conflict prevention and management.