The Challenges and Rewards of Social Entrepreneurship 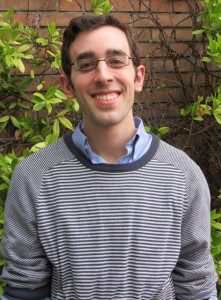 world at large, aiming to become “social entrepreneurs.” A single definition does not exist, but it generally involves the devising and implementation of creative solutions to social problems. However, key characteristics (many of which are not formally taught in school) are required in order to successfully implement a program of social entrepreneurship, as we learned from Jerry White and Roshan Paul.

Both speakers have devoted their professional careers to social entrepreneurship through their own initiatives and in their support of aspiring social entrepreneurs. I found the story of Jerry White, currently serving as the Deputy Assistant Secretary for Partnerships and Learning in the Bureau of Conflict and Stabilization Operations at the U.S. Department of State, particularly inspiring. After losing a limb from a landmine explosion, Mr. White was a key leader in the International Campaign to Ban Landmines, for which he was a co-recipient of the 1997 Nobel Peace Prize. He is also the co-founder of Survivor Corps, an organization that focuses on alleviating armed conflict in 39 countries.

Mr. White emphasized the core qualities that are required for successful social entrepreneurs.  First, it is essential to be a doer and be able to prove that you get things done. Second, do you burn for justice? Third, do you know how to breathe, that is what are your techniques for gaining perspective in the midst of conflict? Finally, do you strive for hope? According to White, cynicism is purely an obstacle to change.

In his current role, Mr. White has applied these qualities to U.S. diplomacy. This has involved searching for locally driven analysis, applying focused strategies, working with nontraditional partners, and having measurable impact. The work of a social entrepreneur begins with a question answered by “no” since they will not be deterred from seeking change in a phenomenon they see as unacceptable.

Roshan Paul, who previously worked at Ashoka Innovators for the Public, recently founded and serves as president of an initiative based in Nairobi called the Amani Institute. Ashoka, established in 1981, is one of the oldest organizations devoted to social entrepreneurship and now operates in more than 70 countries.  Mr. Paul launched the Amani Institute on the premise that contemporary challenges demanded a new type of professional.  His organization seeks to address the mismatch between job seekers and employers who cannot find talent, in part through an intensive 5-month Post-Graduate Certificate in Social Innovation Management.

Since Mr. Paul has worked with many aspiring social entrepreneurs, he clearly understands the obstacles that they face. However, it is necessary for a budding social entrepreneur to focus on their own resilience and withstand setbacks. The premise of the Amani Institute is meeting employer needs for a 21st century economy. In choosing Nairobi as its base of operations, Paul emphasized that he wished his organization to live the values that it stands for and be located in an emerging global hub.

I and many of my colleagues at the Bologna Symposium aspire to become social entrepreneurs in our own future work. Through the lessons taught to us by Mr. White and Mr. Paul, we now have a better understanding of what will be required as we pursue our efforts at making positive changes in our personal and professional lives.