“The world’s problems could not be solved by the institutions that created them because these systems were stuck in old ways of thinking. They knew how to make the system easier…more convenient…and more efficient, but they didn’t know how to use these systems to help the people they had hurt. All it takes to change the world is one person…who recognizes a pr 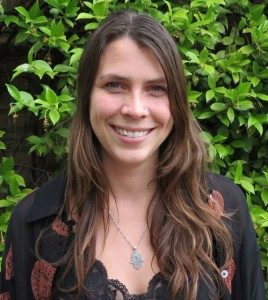 oblem and finds a solution…who can articulate her solution with such passion and intelligence that all of those old institutions can’t help but take notice, and become unstuck.”

So goes the text of an ASHOKA video which we were shown on Monday, in an introduction to social entrepreneurship. Although simple, it captures the essence and intention of social entrepreneurship eloquently. Simple and inspiring, yet not simplistic. A social entrepreneur requires true insight into the relevant shortcomings within the social, economic, and political institutions in place, as well as a clear, comprehensive, and original way of addressing said shortcomings. The underlying values and driving forces behind social entrepreneurship are less complex. There exists in many of us a desire to effect change in a sustainable way, in order to ensure that on some level, injustices and disparities are softened. Broadly, social entrepreneurship is about “creative solutions to social problems.”  Although daunting, and often overwhelmingly complex, it is usually clear that these problems are rooted in our institutions. We have created systems in which typically, a few benefit at the expense of the rest. Injustice, inequality of opportunity, and vicious cycles of poverty and conflict are entrenched. Systemic change is sorely needed. Enter social entrepreneurs, who identify social problems, and set out to solve them in an innovative and sustainable way.

As such, social entrepreneurship is largely based on the concept of positive deviance. Positive deviance posits that within a community, certain individuals have an unusual, but successful approach to problem solving. Deviance allows these individuals to find better solutions than their peers to social problems, while faced with similar obstacles and circumstance. Social entrepreneurship requires new approaches and ways of thinking about old systems.

The value set of a social entrepreneur is slightly different to that of a business entrepreneur, although the two sets are not necessarily mutually exclusive. Amongst social entrepreneurs, there is a focus on embodying and entrenching social values. Success is not measured (solely) by profit, but by the venture’s intended impact on society. This is not to say that the efficacy of such a venture cannot be measured accurately; rather that a different set of tools is needed. The movement away from profit as a priority, and as a measurement of a venture’s success, has interesting implications for the “hierarchy of values,” as noted by David Bornstein. The hierarchy shifts to align with the desire to effect positive, lasting social change; the underlying objective of social entrepreneurship.

Bornstein goes on to talk about the idea of a “failure of success,” which refers to having great monetary wealth, coupled with an unshakeable sense of dissatisfaction. Social entrepreneurship sees a lot of employees who reconcile their skills with their passion and their values. As discussed on Monday, there are many obstacles and risks to setting up a business venture as a social entrepreneur. Typical challenges include problems with funding, sourcing appropriate staff, and falling short when challenging incumbent systems (for a multitude of reasons). Social entrepreneurs require perseverance. They need to be able to maintain empathy and the inherent belief that it is possible to make a difference.

As the realization sets in that my days as a student are numbered, so does panic. It feels like I am climbing a mountain with one too many false tops. Each time I think that I am reaching some sort of clarity on the question of “what next,” I’m not. Social entrepreneurship is especially exciting because it can function on so many different levels; from the micro to the macro, and everything in-between. The possibilities within the scope of “social entrepreneurship” are infinite. There is so much room to identify what you are passionate about, and where you want to spend your energy. There are so many levels on which you can tackle problems that you have identified. There is much room for growth. Social entrepreneurship is a very important part of structural change, and of empowerment. Stability and lasting peace depend heavily on the equality of opportunity, on empowerment, and on institutions and systems that distribute wealth more evenly. Incrementally, social entrepreneurs all play their part in contributing to this. My point is not to come across as over hopeful, or uncritical. I am merely reflecting on the potential that initiative and innovation hold – the potential to slowly and incrementally remove the shackles of society that aggravate tension and conflict.