Finding your way in a world of uncertainty 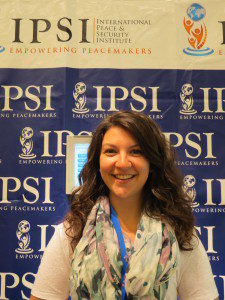 This week we have had the privilege of being trained in negotiation tactics by Wilbur Perlot, director of the Clingendael Academy. As a communications professional, I am fascinated with the ways that communication is constantly, subtly deteriorating or improving a negotiation. Below are a few of the takeaways that have stood out to me as we made our way through several group simulations led by Wilbur.

Understand the differences, act on the commonalities

It didn’t take us long to fully embrace the arbitrary roles we had been assigned on Tuesday’s simulation. Even as Ambassador to Curania, a fictional country created for the purposes of the exercise, I took my mandate seriously and felt responsible for resolving the immigration issues that Curania was having with the Netherlands. Luckily, my team was able to negotiate a solution that satisfied my mandate.*

I recalled a theory we had learned in a previous working session: to understand the differences between parties, but to act on the commonalities that existed. Instead of imposing my stipulations or letting the Dutch government impose theirs, I focused on the common goals we had: limiting media attention to the immigrant situation, so that our offices could focus on working together to solve the real issues. I was pleased with how quickly we were able to come to agreement, but was even more pleased with how content each negotiator was with the final outcome. Although this was a small-scale simulation with low stakes and a fairly straightforward outcome, it was satisfying to know that acting out a theory could indeed bring an agreement during the simulation.

When you act, consider your approach in every new context

After completing a self-assessment, we analyzed our own personal styles of communication. Were we action oriented, focused on being decisive and pragmatic? Process oriented, approaching situations with logic and facts? People oriented, perceptive and empathetic towards others? Or idea oriented, where imagination rules all?

As with anything else in life, many of us scored across multiple categories. We then considered: how does this knowledge of our own communication styles affect how we then speak to others? As a people-oriented individual  with strong tendencies for action, I recognize that I often need to slow down when communicating with others, especially with process-driven people. Being spontaneous, energetic, and decisive can be useful in many situations. However, knowing when to take a step back in order to bring people along with me, rather than leaving them behind in the dust, is crucial for working effectively in a team.

Accept the reality of constructive ambiguity

This concept was one we saw come up again and again – it’s impossible for all parties to always come to full agreement, so you begin to operate under some ambiguity in order to move forward. This can be criticized as stalling or pushing off conflict to a later date, but, in reality, it is common for all parties to operate under their own interpretations of a solution with manageable amounts of disagreement. 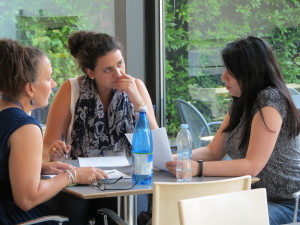 Live in perpetual shades of gray, work towards the white light

In addition to ambiguity between parties when arriving at a resolution to conflict, the symposium in general has been an excellent exercise in accepting the nuances and difficulties that accompany most, if not all, situations. I have had to work hard to set aside my immediate desire to quickly judge a scenario. Instead, I focus on listening and remembering that there is no right and wrong, and that the truth always lies somewhere in between.

To be successful peace builders, we need to accept this constant state of unknown, while also believing that we can work for real change, however incremental. There are large papers hanging on the back wall in the auditorium we work in every day, filled with key notes from the sessions and quotes to keep in mind as we work. I keep coming back to the following, to remind me to always have the confidence to take the next step:

“Ours is not the task of fixing the whole world at once, but of stretching out to mend the part of the world that is within our reach.”

*and I even got a bonus concession in the form of asylum for my cousin, although… I was technically supposed to keep that part of the agreement confidential!