Questions and hesitations towards the concept of “culture”

Today’s session of the IPSI Bologna Symposium held and directed by Mr. Wilbur Perlot, the Deputy 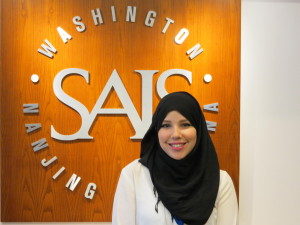 Director of the Clingendael Institute of International Relations, was much more oriented towards hands-on activities ranging from simulations, negotiations to discussion. Right from the start, it was wide clear that Mr. Perlot goes with the Socio-constructivism theory of teaching, which stands on student’s active participation in problem-solving while using their prior knowledge and experiences.

Mr. Perlot put much emphasis on the role the mediators can play in conflict resolution. Who is the mediator? What roles should be attributed to the mediator? Is it peace-keeping, peace-making, or last but not least, peace-building? Does he have to be neutral?

Mr. Perlot while relying on his wide expertise and extensive knowledge in the domain of negotiations, he answered all of the above mentioned questions while giving real and tangible examples from everyday life. 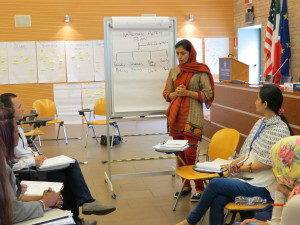 Additionally, He shaded the light on the key skills a mediator should have, mainly, the understanding of the negotiation processes founded basically upon two prime choices, whether to negotiate and/or with whom to negotiate.

Mr. Perlot moved towards tackling one of the most debatable issues recently–“culture” while asking for its meaning. Indeed, the definitions proposed varied from one student to another. However, the definition that seemed to be the most agreed upon was that the concept of “culture” alludes to set of values, norms, beliefs and customs that are appropriate to a particular society or a group of people.

In fact, this has particularly grabbed my attention since the way we perceive the concept may differ from one person to another. While dealing with this concept, we are automatically found in the rails of “subjectivity”. Man is a minimised picture that reflects his society. Put it differently, one cannot approach the concept without referring to his own way of viewing it and how his society perceives it.

According to my own perspective, I view the word “culture” as a complex concept that keeps on moving and altering. A concept, that is on constant evolution and change. As a simple example, today’s Moroccan culture is undoubtedly not the same as the one in the 1960s or 90s. The culture keeps on changing, adapting new perspectives and views, refuses some and accepts some. This drives one to raise so many whys and wherefores regarding this change. How these changes might occur? Who makes cultural changes? And how? And what are people’s reactions towards these changes?

If it is the culture that abides us sometimes from adhering different attitudes and behaviours, fearing that these could “harm” our sense of belonging to it or more precisely, our sense of identity. How changes could ever be possible to occur?

Indeed, it is always challenging to break the stability of a given society and bring changes. People might refuse, criticise and protest to live their lives the way they were used to. A life that is in a stable and durable peace.

Nevertheless, to ever be able to make changes, one should be armed with courage, will and strong determination. As making change demands efforts and willingness, one should be prepared to face the challenges ahead and welcomes any sort of criticism. In other words, if one aspires to break the rules, bring changes and better his society, he simply should be ready to receive all kinds of responses, acceptance or refusal, and deal with them, but most importantly, never give up. As Margaret Mead Said: “Never doubts that a small group of thoughtful committed citizens can change the world”.