Restorative and Retributive Justice: Where Do We Stand?

The theme of today’s classes was ‘Mapping the Fields of Restorative and Retributive Justice.’ Within the first five minutes of 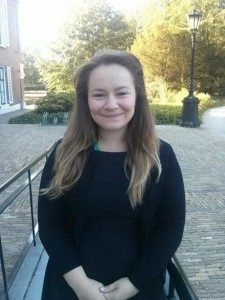 How would you prosecute an African army Commander before the ICC for conscripting child soldiers? How would you defend the prosecution of this Commander?

Should the prosecution of rape as a weapon of war be a priority at the OTP? Our arguments were met with rigorous questions and challenges from Tom and our other guest speaker, Julie Fraser. This engagement went beyond a debate; it centered on our speakers’ real life knowledge of the complexities that the OTP and defence teams at The Hague face when bringing international crimes to trial.

All of us entering today’s session already held pre-conceived beliefs about the ICC. Many think it’s a powerful but young court that with its second prosecutor, Mrs. Fatou Bensouda, will begin to gain momentum. By contrast, many others in the room expressed their belief that the ICC, as a politicized institution created by political actors, will always find it difficult to do independent and unbiased work.

These pre-conceived notions, both positive and negative, were brought face-to-face with the real world work of the ICC today when we watched The Court, a documentary about the ICC shot in the style of a court-room thriller. Although it touched on other ICC potential cases (Libya and Palestine) the film mostly documented the Court’s trial against Congolese commander Thomas Lubanga Dyilo, a trial that hoped to set the precedent that recruiting child soldiers is a crime against humanity.

The film jumped between comedic moments of inter-office dynamics (Prosecutor Ocampo working with junior staff; driving to work and getting blocked by a garbage truck) and incredibly graphic and painful moments in conflict; a young boy being shot in the street, a woman being held down by soldiers before being raped, and masses of children, some too young to lift their gun over the side of a truck, singing patriotic songs in army fatigues. The OTP used these images to substantiate their case that although the right to a childhood is not a basic right that permeates all cultures, children are a cherished group in society that need the protection of the international community.

Snapshots of protected court room testimony were also included in the film. In one, Mrs. Fatou Bensouda questioned a witness of sexual assault and experienced every lawyer’s worst nightmare – her witness changing her testimony on the stand. This drove home the point that these witnesses often face far greater pressure not to testify than most in domestic courts. They have lost everything, and now with the confession of rape or involvement in the war, they could be further ostracized by their communities.

After reviewing the retributive side of justice, we screened another film that illustrated restorative justice approaches in Rwanda, Israel and Palestine. An Israeli who had lost his 14 year old daughter made a powerful statement when he said,“our blood is the same colour, our pain is the same pain, and our tears are just as bitter”. But is it always possible to repair the damage done through restorative justice mechanisms?

Many of us felt doubt about that, but were uplifted by a closing statement from our own IPSI peer David Nyuol Vincent. David, a former child soldier from South Sudan, explained how difficult the material today had been for him, and his difficulty re-transitioning into society. Yet David remained optimistic; he focused on his own personal pass to restorative justice.* Peace and healing can start with one person’s desire to move forward, and David is one very powerful example of that possibility that gives us hope after a difficult day like today.

In many ways today was difficult: some of the images we saw are ones that cannot be unseen. But regardless of our personal opinions on the efficacy of the ICC, these images drove home the message that justice must be achieved for the victims of these conflicts. Whether that justice is retributive, restorative, or a mix of the two is an open question, one that we will likely spend much of the rest of the symposium discussing.

*David and his perspective on moving forward after conflict can be read about here: http://www.iofc.org/sorry-word-may-pave-way-forgiveness-and-healing-south-sudan