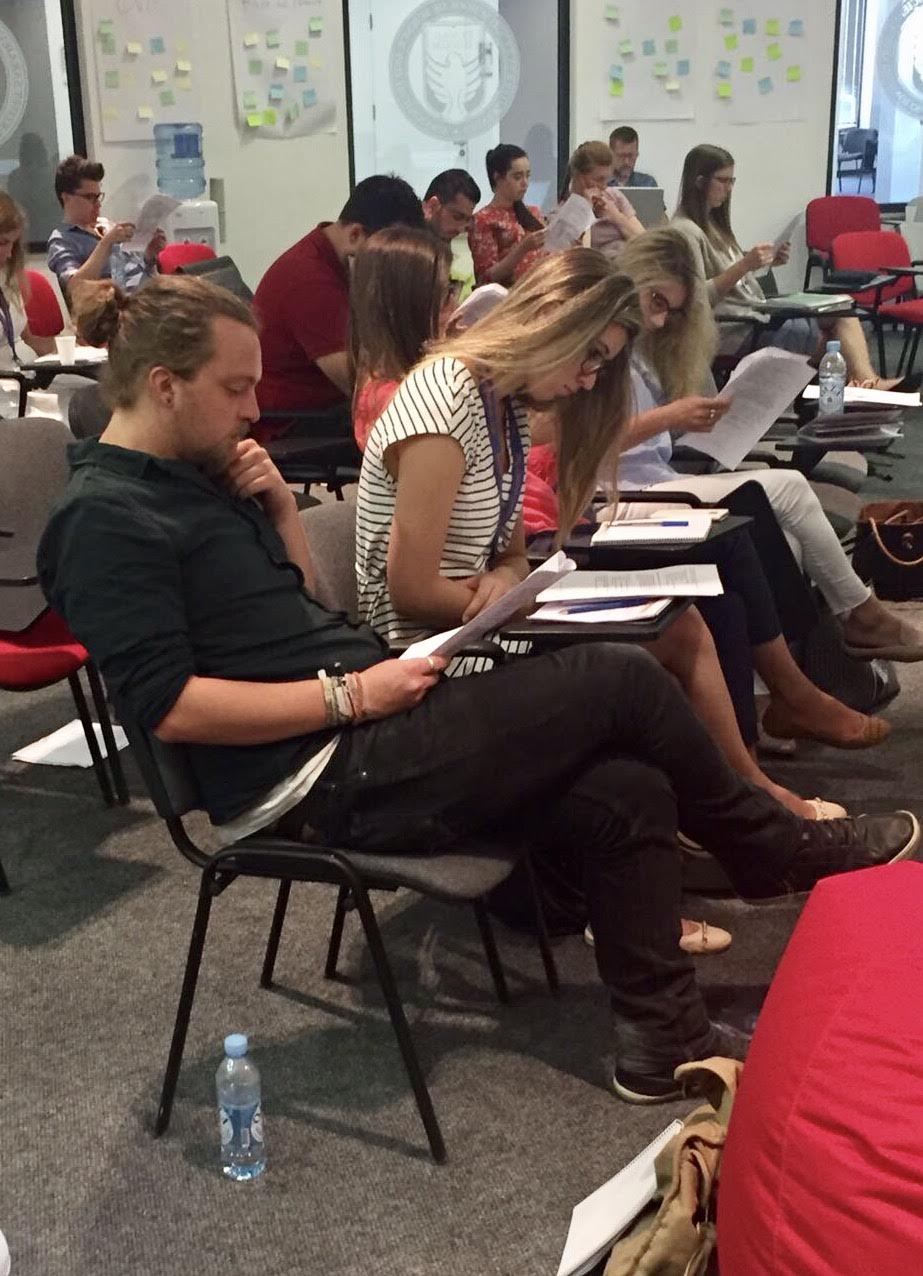 Today’s studies at the 2017 Sarajevo Symposium on Post-Conflict traditions began with a lecture from William Stuebner  (Bill) on Disarmament, Demobilization, and Reintegration (DDR). We looked at two case studies in which international actors “got it right” when attempting to implement DDR. Bill first gave an overview of his work with the GEM Program in Mindanao, Philippines, punctuating his discussion of the reintegration of former combatants with illustrative anecdotes and a wealth of experience. We then looked at Jaques Paul Klein’s work in Liberia, and later in the day we were fortunate enough to speak to Jacques himself via video conference.

Edin Serezlić gave a lecture on Police Reform, highlighting some of the challenges that had impeded various aspects of the process in Bosnia and Herzegovina.

Edin’s experience from working extensively in Bosnia as well as in Ukraine offered us an invaluable insight into the challenges faced when reforming the security sector, as well as offering us the opportunity to discuss real-world scenarios which he himself had faced and tried, with varying degrees of success, to overcome.

The highlight of today was undoubtedly the panel on Security Sector Reform (SSR). An illustrious panel composed of Dr. Selmo Cikotić (a former Brigadier General and Minister of Defence), Carrie Giardino (Political-Military Affairs Officer from the US Embassy), Brigadier General John Huston (Commander, NATO HQ Sarajevo), and Brigadier General Jozsef Szpisjak (Chief of Staff, EUFOR) discussed many of the problems, challenges, and successes in the field of SSR. The depth of experience on the panel was quickly apparent, with the discussion drawing on the panellists experiences around the world.

The range of perspectives helped to provide a detailed picture of the SSR process in Bosnia, with Dr. Cikotić’s presence and influence in the sector from the beginning of the conflict until the present day providing a fantastically detailed foundation for the discussion. Furthermore, his views as a leading figure in a country receiving assistance complemented the comments made by Brigadier Generals Huston and Szpisjak on the role of the international community in assisting the SSR process in Bosnia. 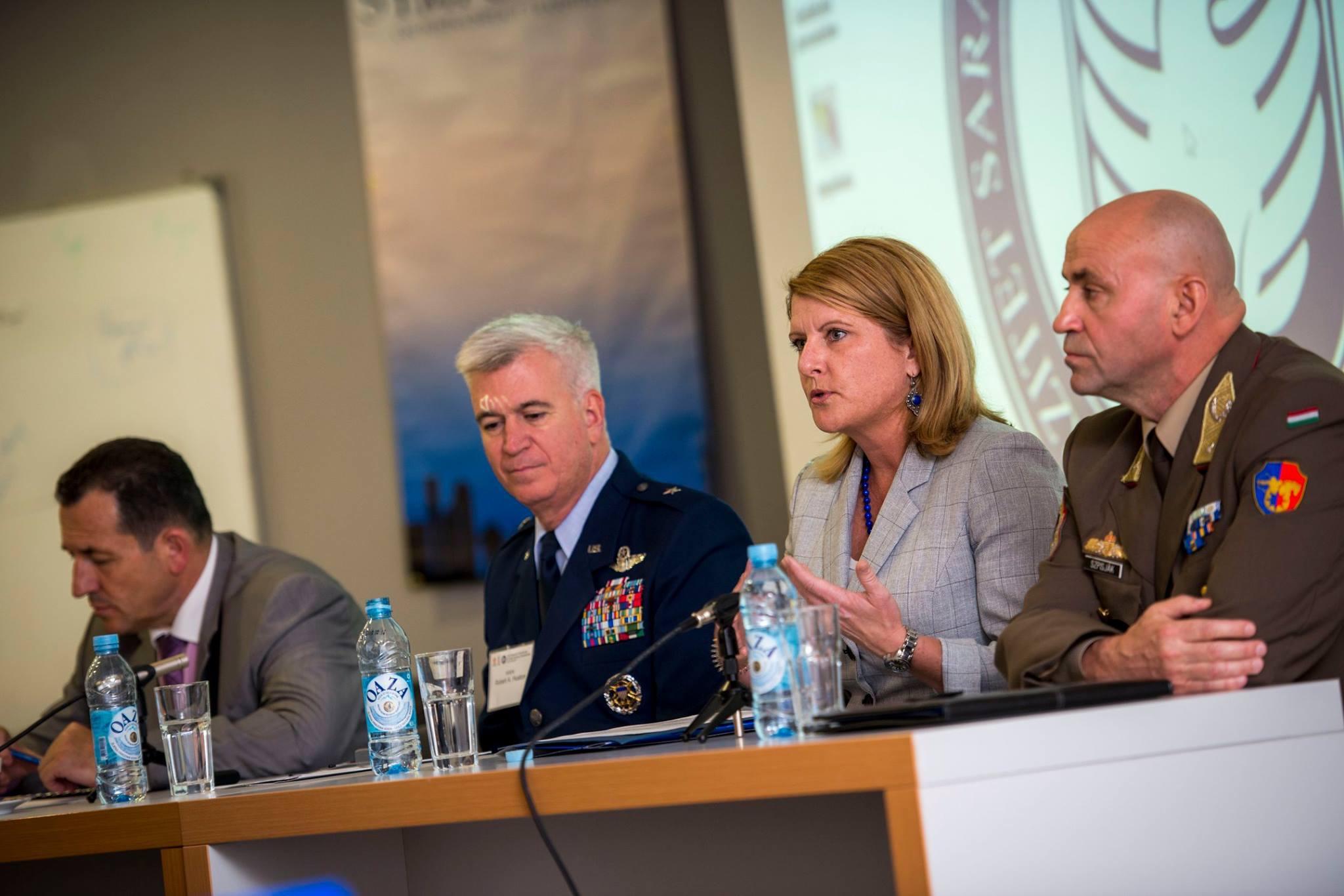 Carrie Giardino’s previous deployments allowed the conversation to shift to other examples, with the cases of Iraq, Afghanistan and providing the oppurtunity for a wide range of SSR issues to be discussed. The knowledge and experiences of the other panellists greatly benefitted this global discussion. They appropriately concluded that the transformation of Bosnia into a security exporter by contributing troops in ethnically mixed units, as it does, to peace and stabilization missions around the world, has illustrated the extensive progress made with Defence Reform in Bosnia.