Our breakout discussions were quite interesting and covered a wide gamut of topics. If I were to identify 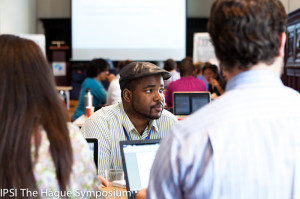 an overarching theme I would say it was globalization. A topic that evoked a protean sentiment depending on who was articulating the concept, given the international flavour of our particular group this was no surprise.

In high school I learned a textbook definition of globalization describing the phenomenon as, “A specialization of production for a comparative market advantage.” This definition evinced a strategic procurement of capital through the strategic running down of production costs, this typically involved securing low cost production sites in a foreign country for corporate entities.

Throughout our discussions on the merits and dangers of globalization, I realized we were talking about very different versions of overarching concepts, which is a good thing. We touched upon the globalization of identities, of capital, and space. As our conversation moved to the twin effects of forced integration and its concomitant impulse of dis-integration, I realized we were talking about the same aspect of the same thing, with its causes and effects being expressed through our unique perspectives and experience. To borrow from the blind men and elephant metaphor, we were all touching on a different part of the same creature.

Some members of our group, challenged the notion of sovereignty, highlighting its varied features, and the changes it is undergoing. This made me recall Steven D Krasner’s fourfold distinction of the term.

Domestic Sovereignty – organization of public authority within a state and to the level of effective control exercised by those holding authority;

International Legal Sovereignty – Mutual recognition of states or other entities,

These definitions lay at the crux of authority and control, as well as legitimacy and fairness, two concepts also central to globalization. These concepts came about when we discussed how both issues of globalization and sovereignty have created the divide known as the global north and south.

In many ways the current phenomenon of globalization and with it the quandaries of governance (both local and global) resemble the ancient Jagganath, a Hindu deity whose effigy was worshipped as it was pulled and both pushed, killing many devotees. The chaotic self-reflexive environment we find ourselves in is a reality that highlights our mutual dependence and vulnerability. There are many threats yes, but also many opportunities to forge innovative solutions reflective of and appropriate to the current status quo it is important that we are not discourage and maintain the optimism and patience to find them.