Transitional justice: From Theory to Practice

While our initial week introduced the fundamentals of transitional justice and peace building, Monday’s guest presenters, Dr Derick Brinkerhoff and Dr Francesc Vendrell, provided unique insights into the practical realities associated with these fundamentals.  Interestingly despite varied careers their transitional justice experiences revealed remarkably similar conclusions. Starting from a common ground that no two conflicts, post conflict environments or peace agreements are the same, these sessions provided the perfect opportunity for us to hear about the complexities associated with transitional justice directly from practitioners. 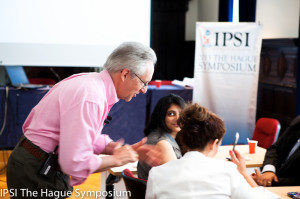 transitional justice and associated concepts commonly discussed yet often misunderstood, such as Governance.  This process in itself reinforced their joint perspective that for transitional justice to gain any traction particularly in the medium to longer term, it has to be contextually relevant and embraced at a local level.  The former implying that often Western traditions and assumptions frustrate attempts at nation rebuilding, resulting in overly ambitious expectations and measures of ‘success’.  While emphasising the local context compels practitioners to consider the complex interplay of a nation’s history, horizontal inequities and capacity when developing responsive transitional arrangements. 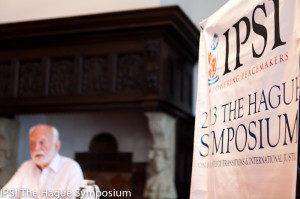 These presentations emphasised the temporal aspects of transitional arrangements, emphasising the necessarily long-term commitment required.  Again the presenters’ practical insights were invaluable in illustrating transition as a dynamic process; a process often impacted over time by the domestic political structures and processes of donor states.

On a final note, interactive discussions expanded our thinking about transitional justice considering not only the context of the post conflict country itself but to examine regional aspects and even international factors that may and do impact on transitional arrangements. Often humour filled examples drawn from their vast experiences once again provided practical illustrations of just how significant such national, regional and international contextual issues influence the nature of transitional arrangements and their relative effectiveness in addressing the complex post conflict environment.