Numbered days at The Hague 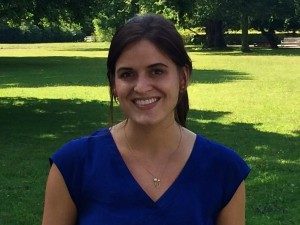 Steven Biko once wrote, “In time, we shall be in a position to bestow on South Africa the greatest possible gift – a more human face.”

I remember reading these words many years ago, but today they sit on me with a weight I have not felt before. Today, myself and 35 other “peacemakers” heard from Howard Varney on the truth and reconciliation process that took place in South Africa in the 1990s. While this topic is sobering on its own merits, the weight I felt today was also personal- the weight that represented the fact that our time here is running out. Today’s classes marked one week left of The Hague Symposium, and this knowledge is terrifying.

Throughout the symposium, we have been exposed to new ideas, had biases challenged, and engaged in a discourse with fellow colleagues who, though having different methodological approaches, all share similar goals. No matter what our respective fields are, the things we truly seek are some combination of truth and justice.

Today, we took this a step further in discussing the role of truth commissions in the process of reconciliation. The Truth and Reconciliation Commission (TRC) was set up in South Africa under the Promotion of National Unity and Reconciliation Act of 1995 and hearings began in 1996. The aim of this commission was to assist in South Africa’s transition, and part of their responsibility was granting an exchange of truth for amnesty if the perpetrators could prove that the case was political and that the offense was proportional to the political aim being pursued.

The quote given earlier by anti-apartheid activist Steve Biko was one such person. Biko was killed by security police and his 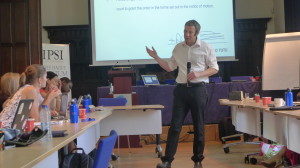 family eventually argued that the TRC was unconstitutional in South Africa’s highest court.

Despite which side of this debate you may fall on, I think there is a salient lesson that lies in the words that Biko spoke that is applicable both to South Africa then and now, as well as to the lives of my fellow peacemakers and I as we get ready to leave one another.

“…to give South Africa a more human face.”

Biko called this the greatest gift, and I believe he is right. When we consider the other political battles being waged and the death tolls they are incurring, it is hard for me to imagine a goal that is more salient than this one.

Be it the lives lost in Syria, the civilian casualties in Gaza, the people of Ukraine, all of these hold one commonality- they are all comprised of people.

There is an inverse correlation between the suffering of these people, and the perceived belief of the amount of humanity that exists in these places. The human face, as Biko stated, has taken a backseat to political justifications and territorial pursuits. In this way, it is hard to imagine how we will arrive at peace in these places if humanity is disregarded, if the faces are forgotten as factions wage on.

At the beginning of this Symposium, Dr. Daniel Serwer talked with us about holistic transitions. In his presentation, the majority of his talk revolved around end states. As a high school teacher, I am all too familiar with this concept of “begin with the end in mind”. But, while I may apply this to the classroom, he explains it is all too often that we apply it to conflict.

What do we want is always the first things we must determine. It was another speaker, Justin Richmond, who explained the importance of establishing these goals before we throw out programs or solutions without determining what will be the indicators of our success. At the end of the day, a successful program does not signal success if it is not pertinent to this end state.

The steps we take must always be subsidiary to the end state we want.

For me, both in my community in Indianapolis and in a larger context, I believe I want the same thing that Biko stated: I want a more human face.

A more human face firstly for the kids in Indianapolis that I teach that are both underserved and systematically oppressed by a system that has overlooked them. A system that sees them as a collective rather than as an individual. What I want for the larger world is something similar.

And as we begin our last week in the City of Justice, I want to ask my fellow colleagues this same question:

What is your end state?

I want to ask you this question:

What is your proverbial human face?