South Africa: Reflections and the Troubles of Transition 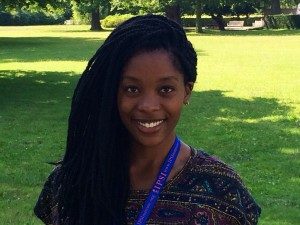 As week three of The Hague Symposium drew to a close, so grew the feeling of sadness that comes with a goodbye that is imminent. It is hard to believe that in just a few weeks, those who were once strangers have become good friends and conversations once about our plans for the weekend have become about whose flight leaves for home first.

Friday’s case study on South Africa’s transition from a segregated society where the black majority was oppressed, to a democratic society with constitutionally enshrined rights, was a particularly poignant one. As we all revisited my country’s painful history, I reflected on the human cost and years of struggle that would one day allow me the opportunity to attend a symposium such as this and give me the privilege of learning from my peers and speakers in the way in which I have these past weeks.

I remembered the letters written to me from my exiled parents promising that they would return home after the country’s first democratic elections; so sure were they, even then, of the freedom and peace that would come once the nation’s people were finally given the opportunity to have their voices heard.  Such freedom did indeed come and few will forget the jubilation of Nelson Mandela’s inauguration as the nation’s first democratically elected President.

However, even as the country was in its celebratory state, the absence of those whose lives had been lost during the many years of conflict, was felt no less keenly by their loved ones and those whose livelihoods had been destroyed found that they were no less maimed. 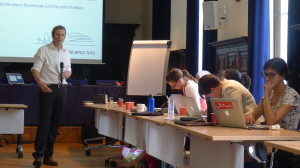 as the body through which restorative justice and indeed the promotion of national reconciliation would be achieved. Those who had committed acts of violence and committed human rights violations during the conflict were given the opportunity to come forward and reveal the truth in exchange for amnesty and those who were victims, were encouraged to come forward and speak of the violence and injustices to which they had been subjected.

While this gesture was a symbolic one undertaken by a country seeking to look forward towards a new future, it had sometimes unpleasant implications for the victims of state sponsored violence, the families of those who died and the majority of black South Africans whose suffering under apartheid was not easily quantifiable. Many found that their right to institute legal action against those who had committed wrongs against them was extinguished by the granting of the amnesties.

Howard Varney, a senior program advisor for the International Center for Transitional Justice, critically examined the implications of the approach adopted by South Africa. While South Africa is often touted as an example of successful and peaceful transition, the approach adopted has not been without its faults and indeed many have felt let down by the amnesty process.

Even if one were to accept as legitimate, the granting of amnesty to perpetrators of gross human rights violations and crimes against humanity, the state’s lack of commitment in prosecuting those who were not granted amnesty has been astounding and left many with the reality of never knowing what became of their loved ones in addition to the knowledge that those responsible still roam free.

Certainly it could not be argued that justice has been delivered for those who have neither the comfort of truth nor retributive justice and this invariably causes one to question the role that the attainment of justice has during a peace process and indeed whether it is a necessary constituent at all.

The model adopted by South Africa has not catered for all victims of political violence and while this is unacceptable to many, one may indeed argue that justice is not a concept related to a particular victim necessarily but rather one that ensures the well-being of a society as a whole. Perhaps in the quest for justice, victims must settle for societal good instead of individual satisfaction.

One also has to confront, perhaps, the uncomfortable proposition that the success of South Africa lies, in part, in its unwillingness to pursue legal action against those who aided the apartheid regime but nevertheless remain those in whose hands the economy lies.

Reconciliation has as its objective, the ability to co-exist where before this was not possible. Such co-existence does not necessarily require forgiveness or even contentment about such arrangement. This was illustrated by the exclusion of any requirement to tender an apology to victims in order for one to qualify for amnesty in South Africa and indeed many sat indignant and refused to tender any apology even as they applied for amnesty.

The TRC was an invaluable tool in South Africa’s transition as well as the state’s efforts directed towards reconciliation. Howard Varney’s critical examination of the amnesty hearings and their aftermath revealed the failings of the state just as it highlighted the successes.

Certainly it remains important to perform a critical evaluation of even those states labelled as successes in the context of post-conflict transition and to ensure that the processes put in place adequately address the concerns of those whose voices would otherwise never be heard.