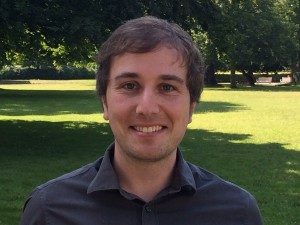 In anticipation of the intensive three-day simulation geared towards achieving peace in the fictionalized war-torn Beladusham, IPSI participants had the pleasure of being trained in negotiation by Mr. Wilbur Perlot; the deputy-director of the Clingendael Academy, one of the leading diplomatic training institutions in the world. Given the seemingly intractable divisions which arise in violent conflicts, effective negotiation skills is a pre-requisite for those seeking to enter the field of international mediation in the future. More immediately, the training offered extremely helpful guidance on how we should approach our simulation for the following days. As each IPSI participant has been given a unique role related to the Beladusham conflict, we all have individual and often competing agendas, which makes the conclusion of a negotiated settlement extremely challenging. However, after yesterday’s sessions I believe that equipped with the appropriate negotiation tools, the group will have a decent chance of finalizing an agreement. Fingers crossed!

Mr. Perlot advised the participants to be cognizant of the factors that enhance the potential for successful agreement. Certain 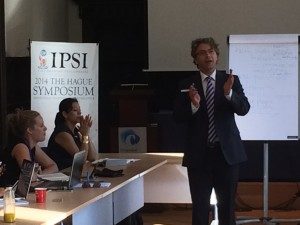 factors are structural – that is, beyond the control of human actors – such as a “mutually-hurting stalemate”. This concept refers to a temporal juncture where the competing parties involved have reached a point where the status quo is intolerable, and likely to deteriorate in the future if nothing is done. Mr. Perlot referred to two cases which the presence and absence of a “mutually-hurting stalemate” are likely to have a played a key role in the negotiated outcome. The deteriorating situation in South Africa during the late 1980s left the National Party and the ANC with little alternative but to negotiate with one another. Conversely, the failure of the Geneva II Conference negotiations is likely to have occurred due to the Syrian government operating from a position of relative strength. Whilst the presence of favorable structural factors opens opportunities for conflict resolution, it is not enough in itself to build a successful peace framework. It is up to human agents to seize this “window of opportunity” and through effective negotiation skills conclude a sustainable peace accord. And this is where budding peace practitioners like IPSI participants can make a difference in the future.

With regard to the impact individual negotiators can make, certain key themes emerged from the discussion with Mr. Perlot. In particular, empathy for the opposing point of view is crucial even if there is deep hostility towards the opposing party. Without empathy, there is little scope to understand the interests and needs of other negotiating stakeholders, and propose credible solutions to the problem at hand. One should also be culturally sensitive to the norms of discourse in varying contexts. For instance, a Japanese diplomat saying “no” is more likely to reflect an absolute stance relative to a Brazilian counterpart, who may be more malleable. Mr. Perlot also drew up a negotiation matrix detailing the likelihood of parties adopting Competing, Accommodating, Compromising or Avoiding strategies. This visualization was extremely helpful in mapping out areas to prioritize within one’s agenda and anticipating the approach of your negotiating partner.

Throughout the four sessions, Mr. Perlot complemented his insights with good humor drawing on anecdotes from his own experience that detailed the almost absurd lengths diplomats will go to in order to realize their objectives. These ranged from diplomats adopting emotionally vacant poker faces, to two diplomats at a function consistently clinking their wine glass slightly below the other as a sign of respect. Lo and behold, both diplomats ended on the floor still clinking away. If this level of respect is present in the oncoming simulation, we will be in for a comfortable three days. However, given the competing agendas at play, there is likely to be no shortage of tense stand-offs. Nevertheless, equipped with the negotiation tools we learned yesterday, I expect these stand-offs to be punctuated by moments of mutual compromise and accommodation.