Negotiating in an International Context

Tuesday’s session on “Negotiating in an International Context” was an eye opening experience for me. I 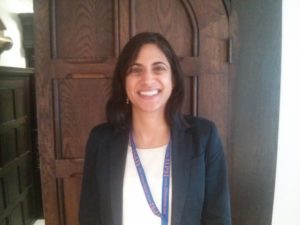 learned the intricacies of international negotiating, and that “silence is worth more than a thousand words.” Tim Masselink, training and research fellow at Clingendael Academy, taught us strategies and tactics of successful negotiating. I learned what type of negotiator I am, and I learned the frustrations that an international negotiator faces in their profession. Most importantly I learned, in the words of Masselink, that “negotiating is an artform that can be taught as a Science.”

I used these wise words, tactics and strategies in Masselink’s exercises, in the 2-day simulation on Beladusham and I anticipate using them in the future.

In the 2-day simulation, one of the first meetings I had, as a hypothetical representative to the Saudi Arabian King, was to meet with the Iraqi and Qatari representations. During our “League of Arab States” meeting I used the strategies of a smokescreen and upper hand relationships with the UK and US to broker a deal with the Arab States that was beneficial for Saudi Arabia.

In the bilateral trade cooperation hypothetical agreement between the EU and Sylvania exercise constructed by Masselink at Clingendael I used the tactic of timing and a short deadline to my advantage to obtain high value for myself. Seeing the tactics and strategies we learned from Masselink in play and hearing from my colleague that I would “I would flourish as an international negotiator” was truly inspiring. 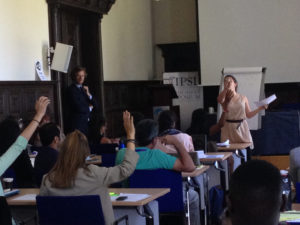 Other exercises included negotiating a hypothetical UN Resolution, with EU states, following the outbreak of a crisis in Algeria, and bilateral negotiations between the EU and Sylvania on a trade and cooperation agreement. With respect to the UN Resolution, member states negotiated on the wording of the evacuation of EU citizens, support for the Algerian government, development cooperation programmes for Algeria, mediation in the conflict, arms embargo, and humanitarian aid. Masselink also gave us an exercise on representing our constituents’ arguments on a hypothetical case known “Crocodile River.” Being nominated as Ambassador for my constituents, I learned the remarkable rewarding feeling for an international negotiator of advocating successfully on behalf of your constituents.

A useful exercise for IPSI class of 2015 was an exercise given by Masselink – based on the Thomas-Killmann conflict mode instrument – on determining which type of negotiator one is. The results of the exercise, although surprising to some, will definitely be a useful tool that we as future peace leaders can take home with us.