On Bureaucrats and Monsters

To hear David Crane, former founding Chief Prosecutor of the Special Court for Sierra Leone, tell it, one 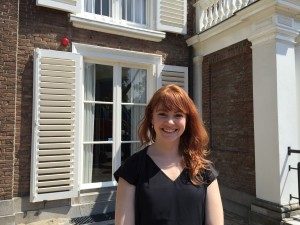 would understand that the greatest insult he ever received was when Thabo Mbeki (then President of South Africa) referred to him as a “minor bureaucrat” in the aftermath of the indictment of Charles Taylor. This necessitated a fist-pounding-the-table response of: “I am not a minor bureaucrat; I am a major bureaucrat!” Such was the warm, self-deprecating humour with which David Crane infused his mid-symposium presentation. This was impressive, considering the gravity of the topics covered today.

Among the first slides shown in the presentation was one that depicted those heads of state responsible for millions of deaths within their own civilian populations, from Hitler to Slobodan Milošević and Saddam Hussein. In a particularly revealing exercise, we as participants were asked to identify what they saw in this collection of pictures: ‘War criminals’, ‘murderers’, ‘dictators’, ‘men’… Ultimately, the lesson was that these were reflections of ourselves that were staring back at us, underscoring the lesson that we all have the capacity to commit atrocity given the correct circumstances. However, one of the mumbled answers that caught my ear during the exercise was ‘mental illness’.

Now, at the risk of being called a mad militant feminist, I am going to point out that this was not an errant comment, but part of a pattern of comments both within society and the symposium. Dozens of times a day participants, staff, and even myself have used words like ‘crazy’ or ‘insane’ in reference to war crimes, crimes against humanity, or genocide during this symposium. This is neither analytical, nor acceptable. Implying that only mental illness could drive human beings to systematically direct attacks at civilian populations and contravene the laws of war is at best a symptom of a lazy vocabulary and at worst a perpetuation of dangerous stigmas about mental illness that simultaneously reduces personal accountability. An unfortunate, yet recurrent theme in many social justice and activist communities is to be profoundly ableist even while fighting for equality or peace on other levels. We would all do well to reflect upon the core message of this exercise: that we are uncomfortable with mass atrocity not because it is ‘alien’ or ‘other,’ but because we are all, regardless of race, class, nation, gender, or neurodiversity status, capable of such indiscriminate violence.

Beyond this tangential, but I think crucial, reflective moment, David Crane gave us a solid overview of the history of international criminal law, reminded us to always keep our egos in check and remember the victims, and discussed the outreach programs and prosecutorial strategy that made the Special Court for Sierra Leone such an extraordinary success. This was followed up with a practical simulation designed to allow participants to encounter the political, legal, and cultural difficulties with setting up an international justice mechanism in a post-conflict situation. David Crane has many personal accomplishments that are awe-inspiring and stories that could keep an audience rapt for days. Yet, for me, the most striking aspect of today was the humility that he both embodied and provoked.