Accountable to a Purpose 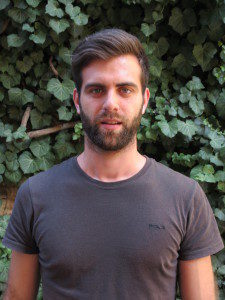 limited, yet my enthusiasm for the field has grown. My foray into the realm of legal mediation gives me firm ground on which to build and the 2014 IPSI Bologna Symposium has been a site of rapid construction in knowledge and practical skills learnt directly from the professionals and experts in the field.

On Tuesday the 15th of July Search for Common Ground’s Michael Shipler and Rajendra Mulmi—SFCG Asia Regional Director and Nepal National Director respectively— continued their training on facilitation. I was somewhat sceptical about the focus of training purely in facilitation, but I put this down to my own ignorance of the distinction between this role and the role of mediators and trainers.

The simulation involved designing a public dialogue process that would bring together various community groups with a diverse range of views and opinions. Whilst the objective of our meeting was to pitch our project to a panel of experts, a large portion of our actual focus was on the internal mechanisms within our groups leading to a successful project pitch.

One point that was raised in our initial training was the integral nature of questioning as a process to the facilitator. It was insightful to see how this theory worked in practice during the simulation. As there are so many dynamics at play during the process.

Throughout the morning’s training, I was feeling more familiar with the role of a facilitator in a leadership capacity and I began to understand how facilitation relates to some of my previous work. Michael started going through the characteristics of facilitation: engaging and focussing on the process rather than the content of the discussion, being constantly in a mode of inquiry about multiple points of view and not advocating a particular position, distinguishing between facts and values, and knowing when to ask certain questions regarding both so as to draw out an awareness amongst the group. Then, Michael made the point that, as a facilitator, you are accountable to a purpose. This made me pause mid thought-flow and has stuck with me as an over-arching principle from which I will operate from. 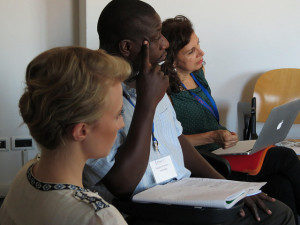 As the symposium continues, I hope to gain many more knowledge from all the incredible experiences of all the amazing speakers and trainers that we have to look forward to.