Political Change and Bridging the Divide 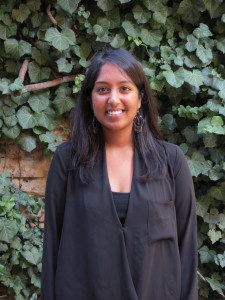 Conflict is an inevitable and healthy part of the human condition and our role as peace builders is not to stomp out conflict as such, but to move it away from the realm of violence. Professor Zartman’s insightful distinction framed today’s activities effectively. We shifted from learning about grassroots “person-to-person’ change (to use Michael Shipler’s terminology) to the tangled world of high-politics and inter-state negotiations.

The morning began with Wilbur Perlot, the deputy director of the Clingendael Academy, leading a discussion on effective negotiations and mediation. He prefaced his workshop with the observation that students of mediation are often unaware of the larger dynamics of negotiation. This comment illuminated any gaps in understanding that skills such as empathy and leadership were important to working through complicated political alliances, entrenched international organizational structures, and asymmetric power in peace processes.

After the discussion, it was time to start applying the lessons.  Each participant was given a story with five characters and asked to rank them from best to worst. We were then split into groups and told to negotiate a collective ranking. I was surprised at how contentious this process was.  It showed me that even simple fictional scenarios are sources of intense, value-laden debates in negotiations. My group came to the consensus that we could not rank the characters due to underlying value differences (which could not and should not be negotiated). These dynamics reminded me of negotiations regarding human rights in international politics. In such negotiations, even seemingly universal values are often met with opposition on the basis of cultural sensitivity.

Though I agreed with my group that some differences are irreconcilable, I feel that a negotiator’s success lies in reframing the process towards building bridges and narrowing the realm of debate to matters that are not so value-laden. For example, if the international community as a whole did not believe that childhood education was a fundamental human right, countries that felt strongly about the right to education could still pursue it through the tangible goal of universal literacy. Here, agreement could be premised on insisting that it is a human right to some while appealing to reasons of economic efficiency to others. It is, thus, the job of the negotiator to search through the layers of needs, interests, and positions of each party in order to break the impasse.

While Mr. Perlot focused on ‘getting to yes,’ Professor Zartman focused on readying the negotiating table itself. Instead of uncritically insisting that negotiations can be held at any time, he argued that that conflict could only be negotiated when parties were confronted with a ‘mutually hurting stalemate’—that is, both parties subjectively realize that the status quo is untenable. Though structural elements would largely determine the timing, the mediator could influence the ‘subjective’ element by using threats, warnings, and changing public opinion.

One of the lessons that I took from this session that had been overlooked at the symposium up to that point is that peace builders, above all else, must always cultivate their sense of humility and realism. Conflicts are complex, historically rooted, and structural. As such, we must be ready for political wrangling and hard politicking to force parties to come to the table—to this end, our hands cannot entirely be clean. It is only when parties agree to sit at the table that the coveted traits of empathy and impartiality even become relevant.

A final lesson is that though person-to-person change is effective, we cannot pursue it to the neglect of top-down political change. Bridging that divide is absolutely necessary if peace is to be lasting.