July 17 marked the celebration of the Day of International Criminal Justice. On this very special occasion, participants at The 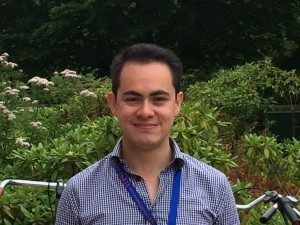 Hague Symposium on Post-Conflict Transitions and International Justice organized by the International Peace and Security Institute had the honour to receive Mrs. Shamila Batohi, senior legal advisor to the Prosecutor of the International Criminal Court. In a thought provoking session, Mrs. Batohi took a group of 36 peaceleaders eager to learn more about the functioning of the first permanent international criminal tribunal through a journey that covered the origins of the Court, its mandate and operation, as well as a balance of the Court’s activities.

Established at the Rome Conference of 1998,the Court counts with the support of 122 States Parties and it has studied situations in the Central African Republic, the Democratic Republic of the Congo, the Ivory Coast, Kenya, Libya, Mali, Sudan, and Uganda. Six of these situations were referred by the States themselves, two of them were initiated upon requests made by the Security Council, and the remaining two were the consequence of the Prosecutor’s proprio motu powers. The Court is also conducting preliminary investigations on a wide set of contexts, ranging from the internal armed conflict in the Republic of Colombia, where positive complementarity has proven fundamental in state capacity building and legislative efforts to fight impunity, to Afghanistan, Guinea, and Ukraine.

Mrs. Batohi’s presentation further dealt with some of the most controversial aspects of the Court’s work such as its alleged African bias, the Court’s relationship with the United Nation’s Security Council, and the fact that powerful states have not ratified the Rome Statute in a way that inspired and challenged them to continue the pursuit of an international justice that is universal, fair, and continuously evolving.

After a very productive session, peaceleaders were asked to provide legal advice to the Office of the Prosecutor in a stimulating practical exercise that faced them with the question of whether to request the initiation of a formal investigation in Ukraine. Students not only had to answer questions related to the legal framework of the Court but they were also challenged to foresee political outcomes and consequences of its decision to intervene in a particular scenario. This tested the participants’ ability to work together in a multidisciplinary context and to exercise their capacity to reach agreements in a less-than-ideal situation to better suit the interests of justice. 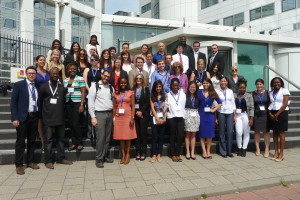 As the fourth day of the Symposium on Post-Conflict Transitions and International Justice was coming to an end at The Hague a horrific and unsettling event was confirmed: Malaysia Airlines flight MH17, en route from Schiphol international airport to Kuala Lumpur, crashed in Ukrainian territory. The lives of 295 people were claimed by this tragedy and allegations that the civilian flight was shot down by pro-Russian militias operating in Donetsk have spread, causing an even more acute sense of despair. This event occurred only hours after an Israeli missile extinguished four little children in Gaza and an airstrike cost the lives of other three infants, raising the death toll above 200 people in nine days of intense cross-fire.  The suffering of those who were related to the victims, regardless of their nationality, ethnicity, religion or location, shakes my conscience and I cannot withhold my words of condolence and solidarity. My heart goes to all of them in hopes that they will find the strength and wisdom to overcome these shattering events.

The downing of flight MH17 and the on-going murder of civilians in Gaza stand as cruel reminders of the very real threats that armed conflicts of any nature pose to the delicate mosaic of peoples around the world. It is also a call for a deeper international commitment with a set of values that would prevent the occurrence of these heinous acts and assure that their perpetrators will face prosecution. On this date, July 17 2014, we need to go beyond acknowledging that justice matters. Today, on international criminal justice day, we need to commit ourselves to its realization.