As a human being in search of a higher power, it has been a difficult life trying to understand the perpetuation of violent conflict in the name of different Gods. My parents brought me up to question religion internally and praise humanity externally. So, at the beginning of the second week of the 2014 IPSI Bologna Symposium, I wondered what tools our speakers would give us for facilitation between people who would not come together to talk because of religious differences. 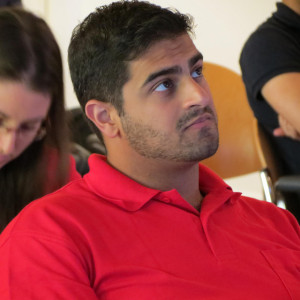 Michael Shipler and Rajendra Mulmi from Search for Common Ground (SFCG) spoke with us about conflict facilitation going through the framework for a dialogue between opposing parties of two different sides. I felt very connected with the two main case-studies they used: the Nigerian story of “The Pastor and the Imam” and Park 51, known colloquially as the Ground Zero Mosque.

The first case study, the Nigerian story of “The Pastor and the Imam,” took place before the April 2014 mass schoolgirl abduction, which increased international awareness of conflict in Nigeria.  However, religious conflict has been around in Nigeria for a long time and this documentary looked at the story of two religious leaders from opposite sides of the conflict who moved beyond the pain they both experienced in the conflict. Awakened from their reactionary stance by a humanization of the enemy, they soon realized that it was not wise to continue the circle of violence.  Instead, they built an organization based on their relationship in order to build trust within the community. I feel that this type of connection is not an anomaly and it gives me hope that human compassion will help overcome the cycle of violence in other similar conflicts.

The next case study we looked at was the Ground Zero Mosque project, which elicited some intense emotions from some of our cohort. We had to put our convictions aside and try to be impartial – this was more difficult for some than others.  As a New York born American, I could understand the validity of each position but, facilitation in this case is still difficult because you cannot negotiate terms identity or “God”.  People broke up into different groups to come up with 5 minute pitches to funders on methods of facilitating conversations between the various sides.  It made me realize that even getting people to talk can be difficult and it is hard and not always productive to try to find a truly impartial facilitator in any situation.

“Peace is Divine” was the bumper sticker on the car that the pastor and the imam were driving. No matter what form my beliefs take, this is a phrase which will always resonate with me. 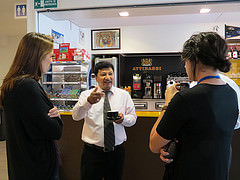