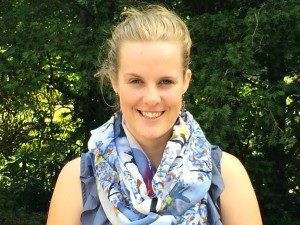 Any commitment to working in this field, becoming a peacemaker, surely demands a certain level of idealism, a belief that a better reality is possible and, call it naïve or arrogant, but a sense that we might be able to in some small way contribute to that change. It is probably fair to say that most, if not all, of us here in The Hague possess a fairly strong sense of that idealism. The challenge lies in balancing that idealism with a healthy dose of realism and scepticism.

Today was that reality check.

Far from simply presenting a detailed outline of the field of retributive and restorative justice and the practical machinations of those various mechanisms, Dr Dov. Jacobs (Assistant Professor in International Law at the Grotius Centre for International Legal Studies and international defence lawyer) delivered a wonderfully critical deconstruction of a fair share of the beliefs many have in the international criminal justice system. If he wasn’t doing that, he was certainly raising a seemingly infinite number of questions associated with competing and often incompatible dichotomies that exist within international law, politics and the International Criminal Court itself; questions which are further blurred by the various perception biases each person brings to the table.

Despite the perplexities raised, if we learned one thing from today, it was that we as current or future advocates for justice, representatives of victims, lawyers, policy-makers, negotiators or diplomats, have an obligation to set the expectations of all those concerned within a workable and realistic framework for peace, truth and reconciliation.

A failure to do so is unjust to the victims, unfairly undermines the institutions themselves and represents an abject failure on our part to understand that the law is one thing but the ethical and political issues are elements of a far broader discussion.

As peacemakers, we owe it to all concerned to be honest about the realities of what is achievable and what is not. And by Dr Jacob’s reasoning, the best way to do this, perhaps the only way is to consider not the objectives of any truth, justice and/or reconciliation mechanism but rather the function that each differing mechanism is actually capable of delivering. For example, an international criminal tribunal is designed to prosecute an individual for the crimes he committed; it is not capable of nor designed to find the objective truth, to encourage reconciliation or to bring about peace. So why do we often promise or expect these consequences to arise? They may or they may not, context matters, but if they fail to eventuate, what remains are unfulfilled expectations that breed discontent and often worse.

If I consider my experience in Timor-Leste, a country that has experienced just about the full gamut of truth, justice and reconciliation mechanisms – there have been two “truth” commissions (domestic and bilateral), a UN Commission of Inquiry, prosecutions through a UN-initiated hybrid process, traditional community restorative processes, amnesties, pardons, and an extensive drafting process for a yet-to-be-passed reparations law – and yet it remains a relative failure from the perspective of many victims. Why? The promise of justice, both stated outright by those with influence and implied by the tying of the truth commission hearings to the prosecutions of the Special Panels, elevated the hopes of victims. So it might be argued that the fact those expectations of perpetrators being brought to justice have been left so abysmally unfulfilled is the greater injustice than the failure to prosecute itself.

So where does that leave us as potential future actors in post-conflict transitions? Dr Jacobs view, and many of us could not have agreed more fervently, is that we must be aware of the dichotomies and our own biases; we must understand the law and the reality of what is possible today and what is only a pipedream based on some future reality; and we must recognise the broader context within which the law operates.

If I may dare to refer to some of the day’s key debates to illustrate the point, amnesties may be illegal under international law but they may be legitimate in a particular context. Sovereignty may be manipulated to frustrate the reach of international justice but was it not a necessary conception designed in large part to protect the vulnerable and weak.  Why can we have clear evidence of human rights atrocities but the prosecution may fail to construct a legally admissible case; as such is a lack of linkage evidence justifiable in allowing a clear criminal to walk away?

Dr Jacobs’ stated intention from the outset was to raise more questions than he answered. In doing so, he equipped us with the necessary foundation of an inquiring mindset that we can take into the next four weeks.

More than this, he himself embodied that overarching dichotomy of idealism versus realism, admitting that he remains shocked with regular frequency by the realities of international criminal justice, despite his evident cynicism and lengthy career.  As I ventured at the outset, perhaps this is a necessary condition for longevity in this field best summed up by Dr Jacobs’ final sentiment…