The Other Side of Conflict, a Provocative Paradox

After docking in at the IPSI Symposium in tuneful Bologna for just over a week, and with a barrage of refined knowledge and well thought out simulation calisthenics on peace and conflict, day eight with the renowned Professor William Zartman (John’s Hopkins Professor Emeritus at the Paul H. Nitze School of Advanced International Studies) was stuff of gods.

At the mention of the word conflict, one cannot think beyond the destruction in Syria, the wailing in 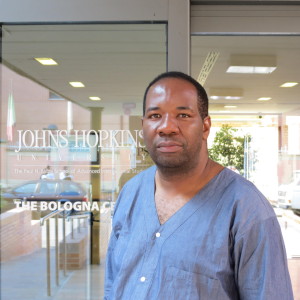 Palestine, and the darkness in South Sudan. Just the mention of the word conflict brings with it deep emotions of sorrow and pain. When the venerated professor got underway with his training session on international negotiations I was instantaneously charmed by his beautiful take on the notion of conflict. Professor Zartman was swift to point out that conflict is normal. He added that conflict was the source of democracy, a way of perfecting ideas, and a means for scientific inquiry!

Wow! Hold on a minute— so we can boldly look at conflict with an open mind? After all, we are all in a continuous state of passive conflict. We need to eat and drink and, thus, we are inevitably in conflict even with nature.

What makes conflict normal is that all parties involved in one conflict or another believe they are doing the right thing; this includes even those in violent bloody conflict. Even more fascinating is the notion that nearly all national heroes are products of conflict. It’s the yesteryear conflicts, most of them gory, which birthed our so called heroes. The Zimbabwean in me is promptly drawn to the knowledge that one of the major determinants for one to be declared a national hero back home are war credentials.

The celebrated heroes (un-gendered) of past conquests, the industrialized zones of this world, the highly regarded presidential elections of our democracies are all products and byproducts of conflict. Some conflicts have thereby been left un-resolved but managed. These include the regular American presidential elections every four years! So yes, we do have cultures that celebrate conflict, and they are many.

What shall we say of these idiosyncratic anecdotes about conflict? We really have to be sure about what we are dealing with when grappling with matters of conflict. This is one area we surely need to penetrate with humility. 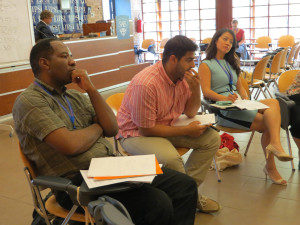 “Shall we then shout, long live conflict…? No!” quipped Professor Zartman.

Long live constructive conflict, I will hazard to submit.