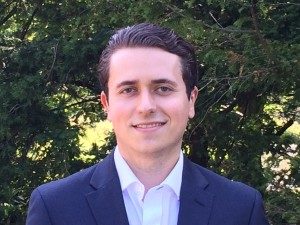 As if having the opportunity to study and mingle in the beautiful and historical Clingendael Institute, where a think tank and diplomatic academy is established, was not by itself a stimulating enough experience, the 2014 IPSI The Hague Symposium’s young peace leaders, including myself, were expected yesterday at the Grotius Center for International Studies of Leiden University. Only a few footsteps away from the famed International Criminal Court (ICC), the participants could not have dreamed of a better location to first plunge into their three days of rich and intense learning experience on the topic of this unique institution.

Awaiting them was Dr. Dov Jacobs, assistant professor of international law at Grotius, as well as senior international law editor of the European Journal of Legal Studies and lawyer who happens to be no stranger to the ICC, to name only a few of the many impressive facets of the curriculum of our speaker for the day. The lecture, entitled “Mapping the field of Restorative and Retributive Justice”, had us anticipating a captivating portray of some of the foundations of international law.

Of course, our crew being composed mainly by past, present and future law, international studies and relations, and political science students, our anticipation was at a peek at the idea of spending a day of learning in company of Dr. Jacobs. As it would be expected out of any group full of analytical academics and innovative minds, it was only a few minutes before the number of raised hands was abundant within the auditorium, which made for rather fascinating debates throughout the whole meeting.

From the very beginning, key concepts, such as learning of the fundamental distinctions between retributive and restorative 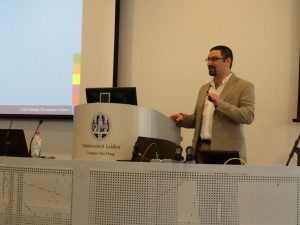 justice, the first corresponding to a backward-looking way of punishing while the second could be referred to as being focused on reparation, were dissected before being vividly discussed by the speaker and the participants. Also subject to some absorbing disagreements and reflections topics falling under the objectives of justice, such as the quest for truth, peace, reconciliation, legitimacy and the rule of law. Complex notions like the benchmark and test which should be adopted to seize the performance of an institution like the ICC, as well as some mechanisms of justice, more precisely the truth commissions, international, domestic and hybrid prosecutions, amnesties and lustrations, were no different in terms of how thought-provoking they were suggested to the class. In my task of reporting the dark, strict, and realistic vision of international law that was presented to my colleagues and I, it would seem pertinent to not only mention how abstract and complex the idea of justice is overall, but also that the ICC still needs a lot of work as an institution with crucial objectives. As specified throughout the lecture, as some say hard cases make bad law, the ICC only knows hard cases.

Dr. Jacobs concluded by putting emphasis on the importance of institutional design and functional focus, and the fact that law is not everything, although he stressed the edge of knowing the law, lawyer or not, while reassuring that having disagreements on its interpretation is part of its beauty. Now that we are able to comprehend the challenges facing this institution, there is no doubt in the fact that everyone in the group is excited at the idea of visiting the ICC, which we will be doing this Friday. This should be an even more profitable experience thanks to the precious knowledge we were able to acquire yesterday. After such a rewarding experience at Grotius, I can only recommend the blog Spreading the Jam, where Dr. Jacobs frequently discusses various international law issues, while expressing to himself my gratitude on behalf of the IPSI participants for his time and efforts invested in our journey of learning in the city of international justice.