An Ounce of Prevention or a Pound of Cure? 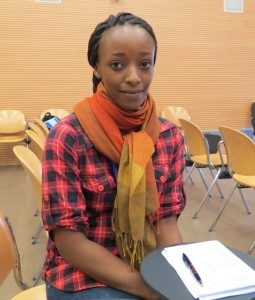 Conflict, such a simple word. Taken for granted by many whether consciously or unconsciously.  Conflict prevention, conflict resolution and conflict reconciliation all have one thing in common, and for me there is a siren between. Making this really annoying noise that unfortunately goes unnoticed. That siren is prevention. Just to illustrate, it’s like looking at the ground and noticing a hole that is likely to cause an accident and then you tell yourself this hole looks dangerous and needs to be sealed. But you do nothing about it or just tell someone else to do something about it. So this hole grows larger and every time you see it you think ‘that’s a really big hole” but you still do nothing. In so saying, I then appreciate that the greatest challenge any potential peace-nerd will have to deal with is prevention before, during and after violent conflict.

I see the world as one child, who is growing up (or trying to grow up) but is experiencing different stages of growth all at one time. In this period the difference in opinion is beginning to show signs of possible conflict. At the beginning of our first week, Professor Hopman introduced us to conflict prevention and used an interesting doctor’s analogy, that we are really happy to provide cure after a diagnosis, instead of preventing the symptoms that lead to that diagnosis. In conflict situations this means we are particularly clear on how to go about solving disputes as opposed to preventing them or warning people of a disaster in the making. We need to employ more resources to try and identify signals, indicators of the possibility of conflict and engaging talks between warring groups.

Prevention in Conflict resolution is perhaps the most difficult. During this stage, the parties involved have failed to agree on issues and so they result in showing their might through various means. How dialogue is set up can determine the outcome of the negotiation process. A myriad of complexities such as personal interest, stereotype ideologies and attitudes affect behaviors in conflict situations and introduces a human aspect to it. So you are not only convincing people to rectify the reason to which the negotiation is about, but also preventing these talks from falling. You also have to be diplomatic while dealing with people who approach these talks with varied demands, stereotypes, attitudes and interests. Betty Bigombe’s experience while having talks with rebel leaders in Northern Uganda highlighted listening as a key part in negotiation.

Reconciliation as part of a peaceful initiative cannot be ignored. While solving conflict, put measures in place to ensure all parties learn to live harmoniously with each other and regain trust with each other after the conflict.

Before we are to resolve a conflict and possibly reconcile all parties, it is important to prevent. The question I have been asking myself is: what is my responsibility, what is your responsibility, what is the media’s responsibility, the public, the government, the international community?? Wouldn’t the world be a better place if we all took responsibility in prevention? That small contribution will go a long way in creating understanding among people. As I seat here, in old town Bologna, listening to great speeches on conflict prevention, resolution and reconciliation, I have never been more proud to be referred to as a peace-nerd.