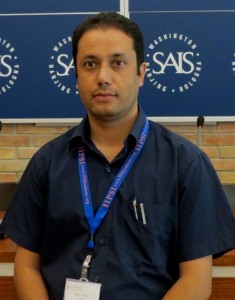 Conflict is ubiquitous in social relations and among interdependent parties who have different interests, preferences or needs. Thus conflict prevention means different things to different people and there is no single definition that is agreed upon. But, what I learned about conflict prevention and resolution this week at IPSI Symposium is absolutely wonderful.

Prof. Hopmann also gave the example from the Cold War between US and USSR. During the Cold War, there were many views on preventative action. After the Cold War, this changed, and preventative measures have come to receive a new meaning, that is, the peaceful prevention of disputes. Conflict prevention is often divided into two categories. One is direct prevention and another is structural prevention. Direct conflict prevention refers to measures that are aimed at preventing short-term, often forthcoming, escalation of a potential conflict. Structural prevention, on the other hand, focuses on more long-term measures that address the underlying causes of a potential conflict along with possible escalating factors. The distinction between structural and direct prevention is important, especially in the policy field, although many measures such as military disarmament can have both structural and direct effects. Therefore, the next concept to be defined is conflict prevention. Despite the wide range of writings on conflict prevention, there is a lack of consensus regarding its definition. Thus there is a range of definitions, from more narrow ones focusing on limited ways of prevention such as Michael Lund’s definition of preventive diplomacy as “actions taken in vulnerable places and times to avoid the threat or use of armed force and related forms of coercion by states or groups to settle the political disputes that can arise from destabilizing effects of economic, social, political, and international change.”

Prof. Hopmann clarified the conflict cycle by following the view of Michael Lund. We also learned about preventive diplomacy after the Cold War, including former UN Secretary-General Boutros Boutros-Ghali, who in his Agenda for Peace in 1995 said: “Preventive diplomacy is action to prevent disputes from arising between parties, to prevent existing disputes from escalating into

[violent] conflicts and to limit the spread of the latter when they occur.” Therefore, I can say that these classes and simulations have given us appropriate guidelines in the field of conflict prevention and resolution.

Another interesting part of this Bologna Symposium was facilitating dialogues to resolve the conflicts. During the facilitation training Mr. Rajendra Mulmi and Mr. Michael Shipler, from Search for Common Ground, helped us to become conscious about the roles of facilitators. They showed us many ways of facilitating conflict prevention, such as the process of making of a peace song in Nepal, using the clips about the controversy surrounding the mosque near Ground Zero from the different news agencies like Daily Show, Fox News, and CNN.

I also took pleasure in the beginning of the second week of this training because Dr. Wilbur Perlot, Training and Research fellow in the Clingendael European Studies Programme, provided knowledge of negotiation and its style and process for conflict resolutions. Dr. Perlot’s classes were wonderful due to his convincing knowledge in the subject matter. His self assessment exercise and simulation exercises for making United Nations Disaster Relief Organisation (UNDRO) were other interesting topics. He also showed the class the real video clips for discussing in the matter of which we just simulated from 1971. I had played the role as a representative of Tunisia, Mr. Ibrahim-ben-Ali. My role was a bit difficult because I had to maintain the balance between France (Tunisia’s most important ally), our fellow developing countries, and Chairperson of Working Group, the Assistant Secretary-General Mr. Kitani.

Ms. Betty Bigombe, Chief Mediator between the Lord’s Resistance Army’s (LRA) and the Government of Uganda, was also an interesting part of this Symposium. She had succeeded to create a dialogue between the LRA and Uganda’s government ministers for the first time in 1993. She was also named Uganda’s Woman of the Year in 1994 for her efforts to end the country’s violence. So, I have been able to know the real scenario and conflict resolution process between them.