‘Mobilize’, ‘instruct’, ‘direct’, ‘guide’ or ‘coordinate’? Negotiations about what might seem semantics to some 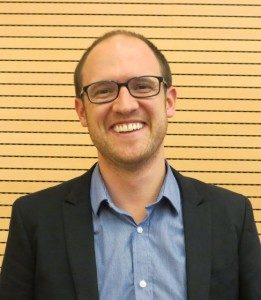 were the topic of Wednesday’s simulation as member states from the US, UK, USSR, Indonesia, Peru, Tunisia along with UNICEF and the ICRC tried to negotiate an agreement on the resolution for the creation of the United Nations Disaster Relief Organisation (UNDRO). The simulation was based on the actual Resolution negotiations for the UNDRO in 1971 and provided us with an opportunity to consider the niceties of diplomatic negotiations and the geo-political importance of the words in a UN Resolution.

The task was to take a draft Resolution that contained different suggested edits by the various members and negotiate an agreed final resolution for the creation of the UNDRO. The discussions demonstrated the importance of understanding the tactics of negotiation when engaging in diplomacy. Wilbur Perlot schooled us in the importance of ‘package dealing’; making multiple trade-offs on issues that are of varying importance with other negotiators to reach agreement that is the best for you and that allows for the other negotiating parties to agree. We learnt about negotiation mapping – asking yourself who are the main parties in negotiations? What are the relationships between the negotiating parties? Where are the alliances, where are relationships broken and how can you, as a negotiator, use this to your advantage? The way the simulation ultimately played out demonstrated the importance of understanding all of these factors before entering a negotiation. The debrief with Wilbur Perlot following the simulation, along with watching a film about the actual negotiations of the Resolution, demonstrated how many interests and powerplays were occurring at the negotiating table that I hadn’t taken into account.

In this sense, it is striking to consider how much the tools of negotiation differ from the skills required for facilitation and mediation that we learnt about in the previous week. Being an effective mediator or facilitator means being a third party who is focused on process; how can I as a facilitator create a process that allows the parties in conflict to engage in a dialogue through which they will recognize their underlying needs and interests? As negotiators, instead of trying to connect with parties in conflict as an impartial third party, we used tactics such as bluff and using leverage to gain advantage over other negotiators. In the former you are, ideally, an impartial third party, in the latter you are engaged as an interested party trying to reach an outcome that best meets your interests.

As a mediator I noticed how unaccustomed I am to thinking as a negotiator. However, I also realized that as a mediator it is incredibly worthwhile to understand the methods of negotiation so as to be able to recognize them in the disputing parties that you are trying to mediate. The experience of learning the tactics of negotiation by a practitioner as skilled as Wilbur Perlot was an excellent opportunity and one that will serve me well in my future work as a mediator.