In a conflict, there will be two major challenges, namely historical factors or the ‘shadows of the past’ and the 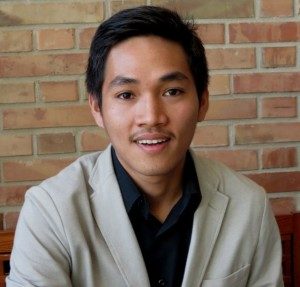 inability to look at the future prospects of togetherness or the ‘shadow of the future’. This basic problem is a difference in mindset and perception, in which both parties have different parameters to measure the conditions of winning and losing in conflict resolution.

According to Wilbur Perlot there are several steps that can be taken in response to these situations: Firstly, finding the Zone of Possible Agreement (ZOPA) through distinguishing between the interests, goals, and need. The analysis of a conflict is very important, both sides may have a different position (conflict of position) but have a common interest, or they may have a different interest but the actual needs are possible to be bridged. The analogy of two women fighting over an orange portrays a conflicting position, but actually the first woman only need the peel to cook and other need inside part of the orange to make juice. Therefore, finding the ZOPA entails full comprehension not only the position and interest, but also the actual needs behind the interest in order to build a bridge and find a ground of possibility for an agreement. Finding the sustainable ZOPA is also important, especially in the case of intra-state conflict resolution. Especially in intra state conflict, the end demands of parties have to include a shared vision for reconciliation. They have to see the person they consider an “enemy” and even “killer”, as a human being, and prepare to be able to integrate conflicting parties. Therefore, confidence building is an integral part in the quest of finding the ZOPA.

The second step is finding the Best Alternative To a Negotiated Agreement (BATNA). This step entails a full understanding on the basic structure of conflict, political context, and power sharing mechanisms behind the conflict. The key is to find the right people, anticipate the spoilers and finds the right approach to foster communication between conflicting parties. In order to achieve success a negotiator must maintain and consider the feelings of both sides and insure that parties do not feel cornered or that they may lose face. The use of deescalating language and a high degree of empathy is also important in order to maintain confidence during the peace process.

However, the success of the two stages above depends on the ripeness of the situation. The ability to change perception is very important, especially for creating a “hurting stalemate”, or the conditions under which the two sides began to doubt the prospects of their actions and agreed to amend the conditions of conflict. Learning from Betty Bigombe’s experience in fostering peace between the Ugandan government and the rebel movement (Lord Resistance Army), we learned the creation of ripeness by creative means is very important. Bigombe was able to shift perception on the ripeness of the conflict by combining mutual trust and pressure, in order to establish dialogue and create both ZOPA and BATNA. In conclusion, solving conflict relates directly to the matter of changing perception and removing the ‘shadows’ on the both sides.