Negotiations and Dinner with Betty Bigombe

Although I thought it impossible, the second week in Bologna has possibly surpassed the first! We 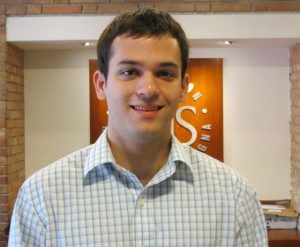 learned tools of international negotiation from Wilbur Perlot who is a Senior Training and Research Fellow at the Clingendael Academy (a leading Dutch think tank and diplomatic school for international affairs).  I had the honor of introducing Mr. Perlot and meeting him personally.  During this time, I learned that he is traveling to Turkey soon to teach mediation techniques to the Turkish police.  He assured me that he arranged the training prior to the recent protests there. Undoubtedly, his upcoming job has become much more difficult!

During Mr. Perlot’s sessions we learned many mediation and negotiation tools, as well as simple vernacular for the motivations of various parties to a formal or informal negotiation.  I was vaguely familiar with terms like BATNA (Best Alternative To a Negotiated Agreement) and ZOPA (Zone of Possible Agreement), but considering these principles in the context of a multi-faceted political negotiation and the varying negotiating styles of nation states added substantive context.

We attempted to apply these terms and other more sophisticated techniques to a simulated negotiation between the Ugandan government and World Bank based on events in 1987.  I was part of the Ugandan delegation and a lack of internal unity doomed our side.  Funnily enough, we suffered from the perception that the World Bank had far more leverage over the conditions attached to foreign aid than the Ugandan government.  However, in reality the Ugandan government won a far more favorable deal.  This contrast showed how the presence of a strong personality altered the perceived power of the two parties to the negotiation.  Mr. Perlot explained how in reality President Yoweri Museveni of Uganda provided a strong, calm, and reassuring presence for the Ugandan side of the negotiation and, in turn, placed pressure on the World Bank to accede to several Ugandan demands. My group had no such unifying figure and we suffered for it.

I also had the chance to participate in a group dinner with Betty Bigombe, the current State Minister for Water Resources in the Ugandan Cabinet and the chief negotiator between the government and Joseph Kony’s Lord’s Resistance Army in the ‘90s and ‘00s.  Given Mrs. Bigombe’s vast personal and professional experience, it was incredible to hear her views on the current state of affairs in many African countries, as well as how to properly pronounce Joseph Kony’s name!  In addressing our IPSI class, Mrs. Bigombe noted that all intrastate conflicts have an international component.  There is no better illustration of this than the way countries like Uganda, Rwanda, the Democratic Republic of Congo and both Sudan and South Sudan affect each other’s internal politics.  This political intrigue deeply impacts the perceptions and suspicions of ethnic constituencies on the ground.

Overall, I believe the speaker dinners arranged by IPSI offer one of the most valuable experiences during this symposium.  It is humbling to speak to someone as accomplished as Betty Bigombe and hear her thoughts on current events, like the mediation efforts in Ouagadougou between the Malian military and Tuareg rebels or the upcoming trial of Bosco Ntaganda at the Hague.  Over dinner, we touched on several fascinating topics such as the Ugandan-South Sudanese relationship (particularly the personal relationship between Museveni and the late John Garang), Paul Kagame’s politics, opportunistic Chinese involvement in Africa and the steep challenge of providing adequate mental healthcare to former child soldiers in Uganda.

Yet, the best part of the dinner was the human interaction.  Enjoying the fantastic company of IPSI staff, participants and Mrs. Bigombe, along with good wine, Italian food and a temperate climate, offers a great change of pace to the density of information and ideas we learn about every weekday.  Mrs. Bigombe is an incredible person and her thoughtfulness, compassion and sense of humor were on full display for all of us lucky enough to meet her.