How Does a Young Woman Join the Peace Process?

Being a mediator is difficult. Being a female mediator is even harder. As the second week of IPSI progressed it 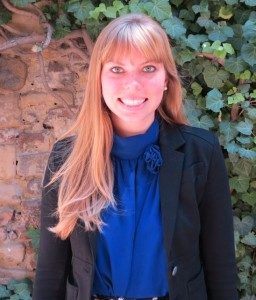 brought me the realization that being a woman in the male driven field of conflict is not easy work. As a mediator, one must build trust and establish credibility and being a woman can offer it’s own set of obstacles to accomplishing those goals. But if anyone could inspire a young peace builder like me it would be the amazing and personable women speakers I spoke with this week, Betty Bigombe and Dr. Joyce Neu. Although they did not sugar coat the hardships of being a woman in their careers, their success and enthusiasm for the subjects they spoke about made me feel like I have some great female trailblazers to follow.

When Betty Bigombe, chief mediator between the Lord’s Resistance Army and the Government of Uganda, spoke to the group on Tuesday, she iterated that being a woman worked both for and against her in peace talks. She used the fact that the LRA consisted of mostly young men to her advantage to build trust and authority. When the initial introduction of a woman into the peace talks could have unraveled everything, Bette skillfully approached the mediation with Kony and the LRA with a cooled temper and called them “her children,” and they returned with “mommy.” Changing the dynamic to mother and children let Betty have a position unlike any man could have had in the negotiations. Betty nonchalantly spoke about risking her life for the sake of bringing an end to the conflict in Uganda and said that we need more women in peace talks because emotions are needed to calm tempers and more importantly to bring a woman’s perspective that identifies the underlying problems of the conflict.

With regard to sexist comments she said that she would “stare at you like you don’t exist.” When a woman like Betty stared at us to explain what she would have done in that situation you could see that her penetrating eyes demanded respect. Her advice to women in the peace field is to ignore the comments and continue with what you know is right. She suggested that to provide leadership remind them “we must not loose our focus, it’s an issue bigger than me, than all of us.” I will definitely be using these words of wisdom anytime my respect is being undermined.

Dr. Joyce Neu, when explaining her role in the conflict prevention talks in Africa, said mediators are mostly all older males, but that the emphasis actually lies on being older rather than gender like I initially would’ve assumed. She went on to describe her choice to let her hair color fade and the grey to show in order to establish herself as the “silver backed gorilla.” If you aren’t older, or even oldest, you don’t have credibility. So the goal at the table is to assert yourself as the silver backed gorilla, the senior gorilla in the pack who is head of the family and has the seniority of the group. Young people, she suggested, have to start as a part of the team. Even at professor status she spend 5 years at the Carter Center taking notes at all the meetings before she was even a part of the talks herself.  However, other than age and gender, other important aspects that lend credibility is knowledge and whom you represent.

I want to take Joyce’s advice to become a successful young woman in the peace and conflict resolution field in order to bring into fruition the UN mandate of 2000 that women are involved in every step of the peace process. Joyce highlighted that women are expected to “carry two suitcases” but bringing gender to the table is really the role of men and women. I have chosen to carry this suitcase with me every step of my upcoming career and I urge all the men and women at IPSI and in the peace field to do the same.