After two privileged days guided by Dr. Joyce Neu, we are now better informed as to what is involved in 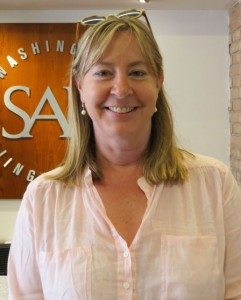 international mediation and the role of the mediator. As Founder and Senior Associate of Facilitating Peace, part of the Carter Center’s Conflict Resolution Program, as team leader of the United Nations’ Standby Team of Mediation Experts, and as advisor to the Government of Norway, International Criminal Court and several unofficial organizations, Dr. Joyce Neu has been engaged in conflict resolution for over twenty years. She has shared with us her experiences in conflict assessment, mediation, facilitation, evaluation, and advising in the sub-Saharan Africa, the Baltic, the Balkans, the Caucasus, Cyprus and Sri Lanka. I feel very fortunate and am very grateful that Dr Neu was so generous in sharing her stories and imparting her knowledge to us at IPSI Bologna 2013.

According to Dr. Neu, what makes a good international mediator? We’ll start with a very knowledgeable conflict analyst, a psychoanalyst, an intuitive and inquisitive person, a linguist, an active listener, a healer, a manager, an interpreter, a reader-between-lines, a leader, a risk taker, …  one aware of the challenge, committed to the process, culturally fluent and sensitive, humble enough to know how little they have achieved, and one who is continually self-reflecting.  This has not exhausted the qualities of an experienced, affective, and talented mediator.

However, they are qualities that assist in the strategy selection for an international mediation process that engages Track 1 (official) and Track 2 (unofficial) diplomacy, as we learned in the task set out for us in the case study of ‘Gloccamora’. The conflict in Gloccamora had what seemed like just about every conflict situation ever experienced, making it necessary to draw on the toolbox of mediator skills pointed out by Dr. Neu, and the twelve stages for mediation suggested by Christopher Moore: managing initial contacts with disputing parties; selecting a strategy to guide mediation; collecting and analysing background information; designing a detailed plan for mediation; building trust and cooperation; providing a positive and safe space; finding issues and setting an agenda; uncovering hidden interests of the disputing parties; generate options for settlement; assess the options; conducting final bargaining; and achieving formal settlement and evaluating and monitoring the agreement (The Mediation Process: Practical Strategies for Resolving Conflict, Third Edition. San Francisco: Jossey-Bass. 2003). During this exercise we were each assigned to represent either the UN, Britain, the Federation of Eastern Republics, and Schtansliva as official mediators, and an international NGO as an unofficial participant whose purpose was to facilitate a link between the official parties and civil society. We were to draft a memo of the pros and cons of our position as potential mediators in peace talks for Gloccamora, and from our reflection, make a recommendation to our leading representatives.

Once we convened in the late afternoon with our ‘moulded’ memos, Dr. Neu provided constructive input towards what we had all produced from the different position within, around, and outside the conflict. Therefore the exercise offered many perspectives that could or should not be involved in an international mediation process. The context, stakeholders, and influential parties, along with the associations or lack of associations of outside official and unofficial parties can influence a process in many different ways. The outcome?  One size or option does not fit all to address the needs and interests of those affected by conflict through international mediation to reach a conflict resolution. As potential peacemakers, we now understand why we may want to “pull our nails out and beat ourselves on the back!” Bon courage mes amis d’IPSI Bologna 2013!