In this blog entry I would like to comment on two different but yet interacting topics. First, the manifestation of 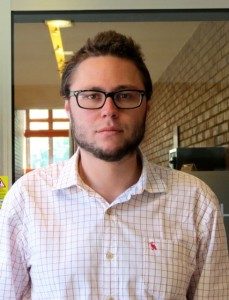 Regarding the intra-organizational manifestations of conflict I would like to quote one of Dr. Terrence Hoppman’s opening arguments. As stated during the lecture, conflict can be portrayed as an endemic condition to all societies. Therefore, the total suppression of conflict is impossible and the presence of conflict among all groups coming together around either common goals or distinct colliding interests is unavoidable. Two subsequent ideas can then be upheld from the former argument: conflict can be managed, not suppressed, by the establishment of institutions (formal and informal sets or rules and procedures); and mediation or facilitation techniques can be applicable to in-office negotiation settings within institutional or bureaucratic frameworks during the decision- making process that results in policy content.

For instance, Wilbur Perlot (negotiation trainer) discussed how diplomatic delegations participating in international negotiations must have a strong leadership and organizational component in order to be effective and responsive.  Lack of organization, unclear procedures and inexistence of standardized communication channels will result in conflicting ideas, contradictory positions and inadequate decisions that will ultimately go beyond acceptable structural ambiguity (political flexibility or “buffer zone” usually used skillfully by diplomats). In other words, inefficiencies and transactional costs will most surely translate into unnecessary difficulties in obtaining desired outcomes in an international negotiation setting.

Facilitation skills can be utilized by practitioners to prevent or manage conflicts of interest that emerge within their own organization and/or constituencies in order to overcome bad governance practices and inconsistencies in the decision-making process.  Circumstances that consequentially affect the negotiation process at the multilateral level and delays opportune solutions to violent conflicts. As a result, acknowledgment of conflict in political settings beyond war and violence, as well as the possibility to extrapolate and apply mediation and facilitation lessons in order to manage none violent conflict within governmental bureaucracies, is yet another field of action for conflict resolution practitioners.

On a related subject, the presentation on the Global Peace Index by Founder & Chairman of the Institute for Economics & Peace, Steve Killelea, shows us the potential of information and statistical data for empowering peacemakers. Even taking into account the shortcomings of statistical methodologies in social research, the availability of databases regarding armed conflicts around the world has become a powerful tool for social organizations, NGO´s and practitioners to pressure governments and decision-makers for addressing structural causes of violence and human rights violations.

Drawing from personal experience, access to statics has served the purpose not only to make public opinion aware of the underlying causes and magnitude of human rights abuses in the Colombian armed conflict but also, and perhaps most importantly, to demystify assumptions regarding the nature of violence and armed struggle. For instance, overrated arguments used by perpetrators to justify the use of violence as legitimate form of politics, have been discarded in Colombian tribunals by the use of cross-reference statistics that show how violence has targeted civilians instead of opposing armed groups. Therefore, access to trustworthy data sets proved to have a real effect on both justice provisions and the reshaping of collective memory, in addition to influencing peace building policies.

In summary, even if we recognize that statistics are at the most a reflection of tendencies and probabilities, and by no means an unquestionable version of the truth, they still serve as a powerful instrument in the peacemaker’s toolbox. Specially, in their support to identify structural problems that need to be addressed and to empower practitioners and activist pressuring governments for policy shifts. Last and but not least, statistical data can help to question polarizing narratives based on ideological prejudices that distort the reality of facts and are so common to war torn societies.