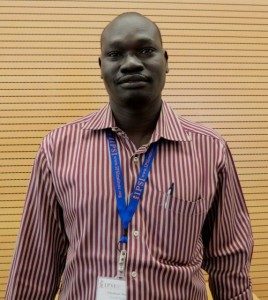 found in all aspects of international relations. The formation of various regional blocks within the continent of Africa, Europe and America is an indication of how nations would like to interact peacefully in the international system. One of the methods frequently applied today in conflict resolution among states and institutions is international mediation theory.

Dr. Joyce Neu (First Team Leader for the UN’s Standby Team of Mediation Experts) introduced the concept of international mediation theory to the participants at the IPSI 2013 Bologna Symposium, by assessing participants’ level of understanding the conflict context. On her request to participants to show by raising hands those who come from conflict prone areas, it was obvious that those from Sudan, South Sudan, Colombia, Syria, Nigeria, Zimbabwe and Kenya, identify themselves with conflict situations. Thereafter, Dr. Joyce Neu began by creating the essence of international mediation theory in conflict resolution, giving some examples of her work in the field of mediation and asked participants if they would want to be professional mediators in the future. She encouraged those who were skeptical about their abilities as mediators due to lack of professional background in the academic field of social sciences, arts and humanity, to venture into the field as long as they are willing and committed to the task of international mediation.

These dynamisms provoke multiple turbulent processes that stir up various actors at different levels to get involved in the process of international mediation. Thus, track three mediation is a catalyst of peace processes given its closer contact with community and outside connection. Dr. Joyce Neu took me beyond track three diplomacy by John Paul Lederach to multi-track diplomacy by Louise Diamond and John McDonald presented by Dr. Joyce Neu which includes official, unofficial (Professional Conflict Resolution), business, private citizen, research, training, education, activism, religious, funding, public opinion/media. This adds to my knowledge on the concept of international mediation by examining issues which were not covered well in Lederach’s track diplomacy.