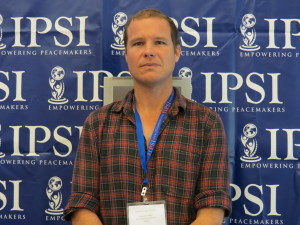 Today we heard from the Bologna Symposium’s keynote speaker, Lieutenant-General (retd.) Roméo Dallaire. The General is a former Artillery officer, a position that encompasses a variety of roles, the primary one being the deployment and coordination of the most destructive elements of any military, namely artillery, heavy weapons, Naval gunfire and air support. However, combined with this destructive role is one of the most constructive roles: in recent years gunners have been deployed in civil military liaison teams, working within communities, engaging with civilians and conducting needs assessments within those communities by directly interacting with those most detrimentally effected by violent conflict. These dual roles serve to highlight the evolution of conflict management, yet these assets are only deployed once fighting has begun. It was encouraging to hear the General highlight the lack of attention given to preventative measures and the need to diversify our approaches to conflict in ways that result in attempts to avoid the escalation of conflict. All too often, the causes of conflict are ignored as symptoms are met with violent responses.

Paramount on Dallaire’s list of concerns were the blurred lines around who is responsible for strategy and tactics in peace operations. The limited scope of those who are responsible for strategy results in protracted conflicts and increasing violence. Once again, it was encouraging to hear someone as influential as the General say aloud that a focus on the fight is obscuring the path to peace. However, as long as domestic politics continues to shape foreign policy, where election cycles dictate action/inaction and only immediate political needs are met, it is difficult to see a path forward in affecting long term change. Later in the day Professor Zartman talked of the importance of conflict in democracies, yet when a two party system is represented by supposedly opposing sides that largely agree, it leaves little room for alternate messaging.

On the ground, at a tactical level, it was also reassuring to hear the General describe the importance of a 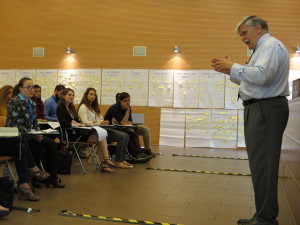 multidisciplinary approach to conflict prevention. I’ve long held aspirations to be part of a ready reaction force of sorts, consisting of security experts, anthropologists, historians, psychologists, etc. combined with local representatives, which could be formed based on the conflict situation  and deployed at a moment’s notice. As the General said, the stated reasoning may not be conflict prevention but it does allow for greater access and understanding in conflicts. This, combined with greater cooperation with NGOs, would allow for a more extensive and inclusive de-escalation attempt and we would be able to identify short and long term goals for peace. He also stated the importance of the involvement of women in the process, which leads to increased operational capability and the challenging of institutionalised thought. The ability to identify the source of the rage in a conflict and, as Professor Zartman said, the positions and interests (what people really want) of conflict actors, helps to facilitate solutions, not solve them. These are steps in the right direction for preventative measures: they are inclusive, they allow for the representation of all affected actors, and therefore, they lead to longer lasting solutions.

At a time when killing has never been easier (think drones), the “ambiguity and complexity” of conflict is often ignored in order to build a narrative of us and them and good vs evil, usually for political purpose, but no conflict  is ever that simple.