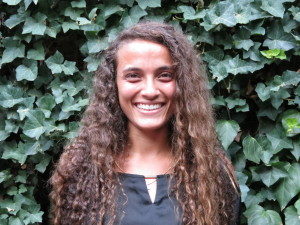 How can we forget violent conflicts that left us psychologically devastated and our feelings full of apprehension, relief, anger and lethargy? Memory is not only a product of the past, but also a child of its time. Is memory really fragile and subject to the tides of time? Not necessarily. Dealing with momentous and iconic conflicts such as the Second World War and the Rwandan Genocide does not only shape the present but also the future of societies. Memory helps people to reflect on the past in order to remember what should be done to prevent future violence?

One cannot impose reconciliation but rather supporting every step of the peace process. I believe that one of the most important steps is to address and to face historical grievances. In other words, it is better to open up the festering wounds to cleanse them instead of leaving a scar that will always be engraved in our minds and hearts. It might hurt during the first phase, however, people will feel much better and will be able to live in harmony. Does pain have to be strong enough in order to have reconciliation as a peace building process? No! It is possible to work on memories and demobilize the mind to establish reconciliation and prevent conflicts. 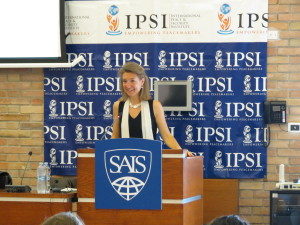 between the conflict parties. Narratives about the ‘other’ play a crucial role in reconciliation.  Who is the other? The other can be the enemy to fight, a child to educate or a barbarian to civilize. Language matters; the use of particular words and terms means something. Constructive languages that produce specific representation of the ‘other’ can be elaborated, reproduced and managed, though this does not necessarily occur in the real world. These narratives can continue until today to have an impact within and between societies. The creation of a narrative by either erasing embarrassing past or accentuating some aspects of it can create tensions, hatred and violence.

Memory does not say a lot of things about the past, but rather the ‘now and here’!  Reconciliation is a crucial dimension not only in post-conflict countries but also in conflict prevention. A conflict survivor expressed his feelings through a poem that became a rallying cry for reconciliation and peace. He said:

Give back my father, give back my mother,
Give grandpa back, grandma back,
Give our sons and daughters back!
Give me back myself, give mankind back,
Give each back to each other!

So long as this life lasts,
Give peace back to us,
Peace that will never end!