Address root causes of conflict? How?

For the Transitional Justice session of the 2018 International Peace and Security Institute (IPSI) Symposium on Post-Conflict Transitions, Carolyn Edgerton assigned participants readings on a specific country’s transitions to peace process. In working on the South Africa case, it became evident that there were a variety of elements that hindered peace building efforts, and others that actually helped push forward different aspects of the process. 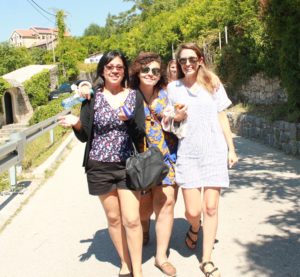 Looking back at the transitional justice mechanism established in South Africa, it is possible to say that the amnesty component deeply impacted and possibly jeopardized the success of the peace building process. Amnesty was established for confession to political crimes, creating a black hole of possibilities that would somehow benefit war criminals and negatively impact victims. When perpetrators entered the transitional justice mechanism, many were able to manipulate the system by confessing to “political crimes”. This took a toll on perception of impunity and credibility of the system as a whole given that victims of the conflict saw their perpetrators unjustly receive amnesty.

The war criminals’ manipulation of the system also negatively impacted truth-building efforts. As criminals were granted amnesty, they and their victims were excluded from the memory and truth construction of what had happened during the war. This of course was detrimental to the reconciliation among the actors of the conflict given that survivors continued to be excluded from important scenarios, and their voices continued to be shadowed by those who had violated their rights during the war.

The peace agreement also failed to effectively address some of the key root causes of the war, such as poverty, inequality and violent crime. This particular point was perhaps one that stuck with me for the rest of the symposium as we continued to study post-conflict transitions. Addressing the root causes of war is to me one of the most complicated challenges when designing a map for peaceful transitions. These root causes are impregnated with grievances that may have not been dealt with for many years, and I find it very challenging for a peace agreement to suddenly and effectively address them.