The war’s over. Many people lost. Some of us deserved it. It’s time to accept that.

The war’s over. Many profited from its unsatisfying ending. Some who started it will never be punished. Plenty of those who profited will continue to do so. Attempts to undo these unpalatable facts by completely reintegrating Bosnia will not work. 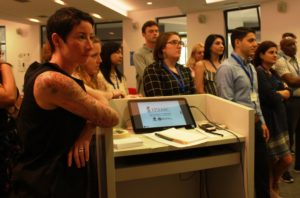 The remaining Bosnians don’t want to move back to homes they haven’t seen for 23 years. They are certainly aren’t going to do it to make the international community feel better. Why would they? Our conscience was absent when they needed it most. It’s questionable even now.

Continually challenging the ethnic exclusivity of things such as the police forces and educational systems gives endless ammunition to ethno-nationalist elites. Their attempts to play on their ethnic group’s insecurity in regards to their place in BiH being under attack are always successful come election day.

If the international community were instead to focus purely on the quality of police forces and educational systems – regardless of the ethnic composition – Bosnians might actually start to feel safe and hopeful. They might be more inclined to resist ethno-nationalist politician’s constant attempts to exploit their currently-justifiable insecurities. They might just be ok…

The International community has many reasons for staying involved in Bosnia: security concerns, regional positioning, expiation of the guilt of not being here when Bosnians really needed them.

If any of their motivations are those of genuine concern for Bosnians’ experience, then they need to stop focussing on fixing something we all let happen & start focussing on what Bosnians need.

Bosnia won’t ever be the same as it was before the war. However if the international community stopped trying to make fetch happen, it could help Bosnia become something good.