Not in Their Name

Bosnia was not torn apart by ‘ancient ethnic hatreds’. Yes – people were killed because they were Bošniak, Croat or Serb but the war began because of modern political agendas.

Communism was dying and some were less concerned with grieving its death than retaining their power.  Ill-prepared to launch a democratic campaign, these power-seekers realised they could not hope to hold on to the whole of Yugoslavia since there were too many people competing for power and too little planning for transition. 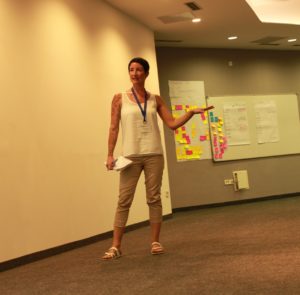 They resorted to the simplest principle of human interaction – if there is to be an ‘us’, the must be a ‘them’. To rapidly consolidate any group of people to support your push for power, pointing to an external threat is both faster and easier than articulating a substantive political platform. Identity is always relational: we know who we are because we know who we are not.

It is worth noting that this perception of difference need not be threatening – merely referential.

In the multi-ethnic patchwork of Yugoslavia there was an obvious marker of difference to emphasise and thereby delineate ‘us’ from ‘them’. In the multi-ethnic patchwork of Yugoslavia this was also the marker that would do the most harm. By highlighting ethnicity and framing difference as threat, ambitious men found an effective way to mobilise support from themselves. They also made conflict inevitable.

Pre-1992 Bosnians did know their ethnic identity. Tito’s ideology of Brotherhood and Unity failed to paper-over all the splits – some ethnic – created by WWII. Yet this didn’t actually matter until the ethnically-different person living next door to you stopped being perceived as a neighbour and started being perceived as a threat.

There were actions taken during the Bosnian war which are unforgivable. However, what is forgivable is believing those you think you can trust when they say you are in danger. We want to survive, we will take action to defend ourselves if we believe we are threatened. When you have just been told your neighbour is a threat, even if they are acting in the same way they always did, you may see them differently. You may stop talking to them, you may stop your children from playing with theirs, you may lock your door at night. You may buy a gun.

In turn they may react to your strange and hostile behaviour by beginning to behave in the same way – they want to survive too.  Things escalate to the point where the reality of your previous relationship becomes harder and seems riskier to remember.

Ironically, the politicians of the ethno-nationalist groups in Bosnia are actually working extremely well together. They are jointly perpetuating a dynamic which precludes progress. How can we expect them to work with those who would harm their constituents? Thus far they have managed to keep their constituents from realising that – regardless of ethnicity – they mostly want the same things. Yet instead of security, social services, and economic prospects they remain trapped in limbo by the very men who claim to represent their interests.  The leaders of each ethno-nationalist party have changed over the years. The belief that it is in the party’s interest to that keep constituents scared of each other has not. Why would it? They are right.