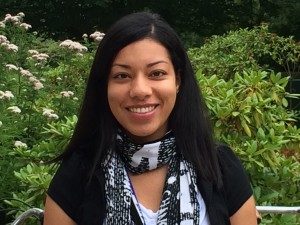 Although independent from the United Nations (UN) and created upon the Rome Convention in Rome Italy in 1998, it’s founding principles goes back to the memory of massive deaths and human rights violations that resulted in the Second World War and the Holocaust. It’s core lies on humanity’s hope for peace. Upon the Rome convention with 160 state representatives gathered, 120 voted for the creation of this international court. It is governed by the Rome Statute, and has 122 member countries. Although an international court, it is not the police of the world. It has the economic and logistic capacity to hold an estimate of 4 trials, and 7 investigations a year. With the rise of the 2010 Arab Spring, ongoing Middle Eastern revolutions, countless human rights violations around the world, the ICC Prosecution is limited to which cases to undertake. Leaving us with the reality that sustainable peace must start with the citizens in each given country.

The ICC’s priority is not only to prosecute criminals of gross crimes committed against humanity, and make examples of them but to ensure the justice for the victims, reparations and safety of the survivors. The ICC was created with the optimistic ideal of bringing justice, peace, and hope. International criminal law is composed of many components. As Sudanese former child soldier, now rapper Emmanuel Jal said, “When you have a spiritual lens you see things with more clarity.” I see international criminal law as primarily interlinked with the core human will to choose good or evil. It reflects the genuine intention to expose truth and seek justice in the political and international arena.

To better appreciate the subject of international criminal law, understanding the root cause of such crimes is imperative. The international community understands that genocide, and war crimes can only be exercised by unjustifiable motives. Criminals of such horrendous acts choose power over righteousness, self-interest over humility, money and religion over self-denial and truth. They make power, self-interest and even religion their god, rather than seeking truth in God. This can be supported by Luke 10:27 NIV, “Love The Lord your God with all your heart and with all your soul and with all your strength and with all your mind, and love your neighbor as yourself.” Many are confronted with truth, but choose to live otherwise. That is why the international community is in need of several pre and post-conflict mechanisms that starts at the domestic scale and extends to judicial institutions such as the ICC.

The ICC Prosecutor Fatou Bensouda bears the responsibility of selecting which cases should and can be brought into trial. Prosecutor Bensouda is independent from the court or any institution, but obviously adheres to the Rome Statute, and to key case requirements. Before deciding whether to continue with a formal investigation the case must meet requirements such as: Admissibility, jurisdiction, state membership, the crimes committed must fall after July 2002, there can’t be any proper investigations currently being held, and there must be sufficient gravity. This all comes together to 3 key questions: What are the mass crimes, who may be responsible for the crimes, and who can be linked to the described crimes? One thing that caught my attention was the definition of gravity. The ICC prosecution team described their definition of gravity as, “How many crimes were committed in that country, the nature of the crime, and how quickly the crimes happened. It’s not about the number of people killed, but on the impact it had.” Hearing this, I could see the connection between clear-cut law and humanity.  The subject of law, justice, and peace is complex, but it’s something that always goes back to our core identity as humans.