In the Pursuit of Justice

International justice is a powerful and powerless word simultaneously. It means all and nothing as I 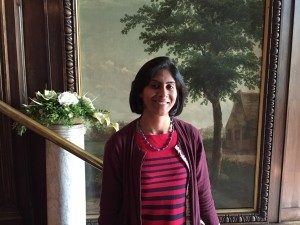 have come to see and understand it in the last couple of days of learning about the Bosnian genocide and the International Criminal Tribunal for Yugoslavia (ICTY). Don’t get me wrong…I have faith in the institutions of global justice and the cathartic potential of law. But there is a form of justice that cannot emanate from systems and institutions – national or international; there is a form of justice that can only come from the people, the victims, the survivors of the most grotesque and surreal atrocities that humanity can inflict on humanity – positive justice.

I saw flickers of this in a film we watched produced by Kemal Pervanic, a Bosniak who is also the protagonist. The Pretty Village is a journey in the pursuit of justice not only for Kemal, who was interned and tortured in a detention camp in Omarska, but also for those who courageously recounted their unimaginable losses and plights for this film. It documents both the history of the decimation of his village as well as the hopes of those who survived. Kemal’s village was a hotspot in the Bosnian conflict surrounded, as it were, by ethnically Serbian communities. A community of 800 inhabitants was brutally obliterated to a mere 50 people post-1995.

As men and women narrated their stories, it was shocking to note that some still lived across from Serb neighbors who had turned on them during the war. Others  spoke about preventing anger and vengeance from taking over their lives. Kemal himself came face-to-face with his torturer in the film, who happened to have been his own schoolteacher. His calm response upon meeting his former teacher and torturer was, “I could not forgive him then, and never met him after that.” But what Kemal and others like him have unconsciously begun is a journey of positive justice – of not being vengeful, not being angry, and trying to heal not only themselves, but also future generations.

International justice is not a recourse for every egregious violation of international law, and it cannot be expected to mete justice for all victims. As international justice is being meted out to top political leaders like Mladic, Karadic and others, it is the victims and survivors who come face-to-face with the foot soldiers of the genocide. Positive justice – that which is truly transformative and reconciliatory – must start from the people. This is a heavy burden for those who have already seen the worst face of humanity, but this is exactly why they are best placed to assume this heavy burden.