You Think You Know Statebuilding?

Forget everything you thought you knew about statebuilding. 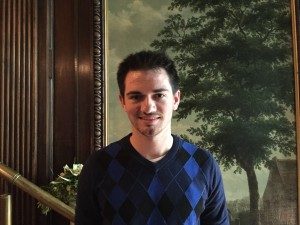 The esteemed Dr. Robert Lamb challenged the class with the most difficult and frustrating lesson to date. As the day started, Dr. Lamb led us through the lessons that the international community has accrued over the years, providing an overview of what needs to happen in any statebuilding project. Suddenly, the world seemed to turn over with a collective *gasp* from the class as Dr. Lamb revealed that the ‘most recent’ lessons for statebuilding directly echoed those from a World Bank document from 1949! Evidently, the international community has not been learning its lessons, and after being unable to reach a consensus of a ‘successful’ statebuilding project; it became clear that the international statebuilding strategies were a failure.

Flabbergasted, the class stewed with frustration. How could everything we know, and all the statebuilding strategies we had studied been so ineffective in practice? It became clear that Dr. Lamb intended to challenge our deepest-held assumptions about peace.

Delving into the next part of the lesson, Dr. Lamb posed a seemingly simple question: what is success (in relation to statebuilding)? Asking the class to write our answers on post-it notes, it quickly became apparent that this was no simple question. With a plethora of fantastic proposed definitions, the dominant response to this question was a blank note, as members of the class believed that success could not be conceived of divorced from the context of the conflict.

Lunch provided an opportunity to relax exhausted from the mental workout with Dr. Lamb. The class was also privileged to learn about the Israeli-Palestinian conflict from one of our cohort, Sydney Beada, who used her intricate knowledge and field experience of the conflict to illuminate the fears of a Third Intifada.

As the class returned from lunch, Dr. Lamb presented us with another heavy question, asking why we need to work within the framework of states for peace building, or if we even need states at all? Can you imagine life without the state, let alone peace building processes? As we explored deeper into these theoretical debates, several observations arose including the fact that the international community ‘sucks’ at drawing borders, and that sometimes good leadership is the only factor that is effective across the board.

Broken down and dejected, Dr. Lamb gave us a final task in trying to identify successes in peacebuilding that had occurred outside of the state-level, using the framework of either ‘territorial,’ ‘identity,’ or ‘network’ groups. The resulting discussion brightened spirits, showing that some extremely promising examples of peace and statebuilding have occurred through authorities other than the state, and consequently if these other frames of organization may be successful in future peacebuilding endeavours.

Overall, Dr. Lamb challenged the class to broaden our scope of analysis, and truly think ‘outside the box’ of the state, and consider possible alternatives to the flawed statebuilding model. The intensive exercise was a testament to just how challenging these wicked problems are to face.