Prosecutorial Strategies in an International Context 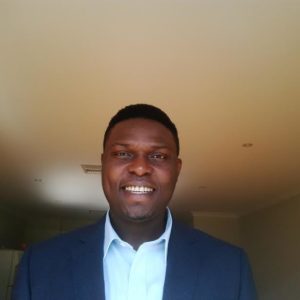 one in global political discourse. As a proponent of a punitive form of post-war transitional justice mechanism, I found Professor Crane’s lecture at the Hague Symposium as a watershed approach towards creating a hybrid and well-planned punitive justice mechanism.

Professor Crane was the founding Chief Prosecutor of the Special Court for Sierra Leone.  The learned prosecutor’s accomplishments in prosecuting atrocity criminals in Sierra Leone were introduced by two IPSI participants – Alyssa Hogg and Alpha Barrie – who spoke about how Professor Crane played an inspirational role in their decision to work within the peacebuilding field. There is no doubt to anyone that the proudest moment of the class was when we noticed that one of the young students that had attended Professor Crane’s outreach program in Sierra Leone 10 years ago, was in fact Alpha.  I am sure Professor Crane would have seen Alpha as the product of a free and peaceful Sierra Leone.

Professor Crane started by reminding participants that ‘Justice is for the victims’; and  ‘there is an ethical duty to seek justice for the victims’. The participants of the 2015 Hague Symposium were expecting a lecture on Sierra Leone and Liberia, the building of a UN intervention, how the Special Court was structured, the challenges of indicting warlords and the risk of prosecuting those who bore the greatest responsibility. Professor Crane explained the reason behind the Special Court for Sierra Leone, its organs, and formation in a manner that was refreshing, stimulating and the depth of these issues in practicality was astounding.

The former prosecutor emphasised the importance of international laws and the fundamental Universal Declaration of Human Rights (UDHR), which was the platform used in prosecuting leaders like Charles Taylor, the first Head of State to be tried in Africa. David Crane also highlighted root causes of the conflict in Africa, which he attributed to colonialism; where weak government and institutions create frustration that causes civil unrest.  Colonialism and ethnic division are indicators of impending atrocities, where economic stress, religious intolerance and countries that cannot hold elections later leads to conflict. 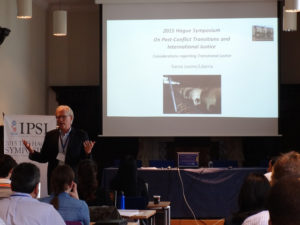 Professor Crane emphasised that politics, culture and diplomacy should never be ignored in the context of the international law; that there is a price to pay whenever it is overlooked. Politics and diplomacy for instance, play a key role in outreach programs to local afflicted communities, and in developing support among Head of States in respective countries to assist in the prosecution. David Crane mentioned the importance of having a sensible prosecutorial strategy that plans well ahead of the indictment, helps to manage expectations, and builds an office comprised of experienced practitioners who can assess the challenges and risk that are needed to have a positive outcome. Such a strategy is linked to his operational justice strategy that enabled the surprise arrest of the thirteen indictees in Sierra Leone.

Professor Crane’s success in Africa – where many in similar positions have failed – could be attributed to the prosecutorial strategy and the powerful outreach program. The SCSL’s outreach was instrumental in building ties and trust with the locals which was evidenced by the support from the citizens during the three years in Sierra Leone. Professor Crane was able to weather the storm of malaria, cholera, and other parasites that are common in Africa.  This showed commitment and relentless effort to prosecute those who bore the greatest responsibility for the civil war.

Professed Crane provided an excellent overview of transitional justice. One of the key insights he imparted was that “Freedom should always come first which then provides an environment for good governance thereby establishing rule and order.’’ This should then be followed by a pathway for democratic governance if this model is chosen by the people of the respective country. However, democracy must not be imposed on any country. He also spoke of the important role restorative justice played in Sierra Leone. As Professor Crane put it, local elders allowed and accepted the integration of child soldiers into their communities after confession and forgiveness; that this was justice too.

The final session of the class, IPSI participants held a simulation that resembled the typical UN-Security Council mode of operation. All participants found this helpful in understanding the frustrations and gridlock facing the current UN-Security Council. Overall, I found Professor Crane to be inspirational speaker. In particular, the concepts that the professor taught us will surely be etched in our memory as we continue to advocate for a peaceful and fairer world.